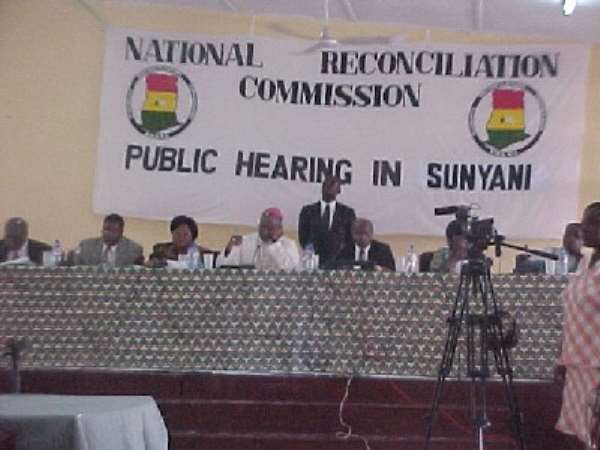 The government of Ghana today issued a white paper on the report of the National Reconciliation Commission (NRC), submitted to H. E. President Kufuor on the 12th October, 2004 in Accra.

The general recommendations made by the Commission on the Armed Forces, the Police and the Prisons Services have been accepted by government, and has accordingly directed the Councils of these security institutions to study the recommendations carefully so as to implement them .

Briefing the media, Ghana's Attorney-General and Minister for Justice, Hon. Ayikoi Otoo, said government is convinced that the best way to prevent the misuse of the security forces as documented by the Commission is to ensure transparency, fairness and the highest level of professionalism in the recruitment, training and deployment of these forces. He said their training should demonstrate sensitivity to the values of human rights and the challenges in their relationship with civilians.

The critical area of attention now, according to the minister, are manpower, resources, improvement in working condition, instilling of a sense of professionalism and integrity and respect for human right in the members of these services.

On reparation, Mr. Otoo said government has accepted the recommendation by the Commission to set up a Reparation and Rehabilitation Fund which will be operational by the end of the year. “Urgent steps are being taken by the government to establish the Fund, to resource it and to provide modalities for its effective deployment as an important healing tool for Ghana, he said.

In efforts towards the promotion of healing and reconciliation, the Commission also made a number of recommendations. These include the erection of monuments in various parts of the country for victim of these human right abuses, public apology from the head of state, the commander in chief, on behalf of the security forces.

Mr. Otoo said the outpouring of goodwill to the Commission is the testimony that though some may disagree with the strategy or means adopted, the whole nation wants healing and reconciliation for national development, he said.

The minister said government is satisfied that only a human rights approach will yield sustainable development. It will, therefore, continue to ensure that the rights of all persons under the jurisdiction of Ghana are respected at all times.