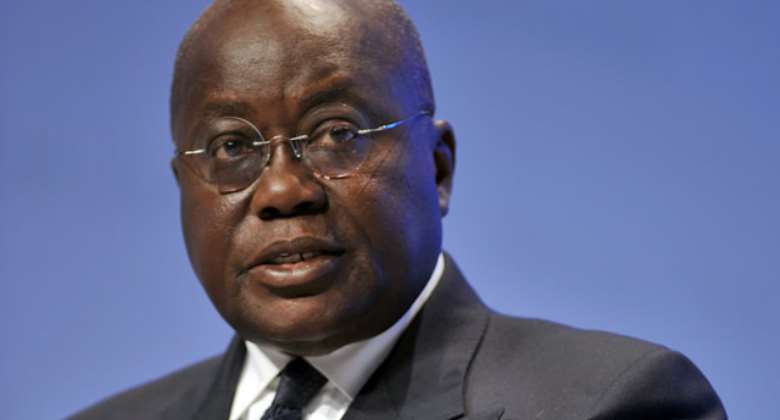 President Nana Addo has reiterated his commitment to protect the public purse.

This promise comes at a time when Ghanaians are questioning the President's commitment to cut down on excessive spending after appointing some 110 ministers to serve in his government.

But speaking to Abdul Moomen of GTV, the President said government had already kick-started processes, including a directive for Ministers to declare their assets to check profligacy.

“We want a situation where political office holders are the first to recognize that they serve the public interest not their own personal interest. I have said it time again that those of my party in adherence, like-minded people, who think that coming into the public sector is going to be an avenue for making money are going to be disappointed. To the extent that my eyes and ears can see what is going to happen, I am not going to allow it to happen. For instance, as we sit today, in the record time, all the first appointments that I made have all declared their assets, all 36 Ministers have all declared and filed their assets with the Auditor General.”

“It is part of the process of reassuring the Ghanaian people of the commitments that we made to protect the public purse. The commitments that we made to ensure that we live with the political system that minimizes corruption which has really ravaged our country and brought us to this low level of economic decline, there is going to be a systematic attempt to deal with it.”

In response to the criticism over the size of his government, the President said the unprecedented problems confronting Ghana demand a large government, hence his decision.

“I don't believe that my government in the Fourth Republic has big numbers in view of the swollen challenges,” the President said in an interview with the Daily Graphic and Ghana Television.

In President Akufo-Addo's view, the end will justify the means, as he assured that his government was going to work for the people.

“We have a problem, and what is the best way? It is better to have men and women capable of serving the nation's interests and to work to grow the economy… If I succeed, you will soon find out the brouhaha is nothing compared to the success.”