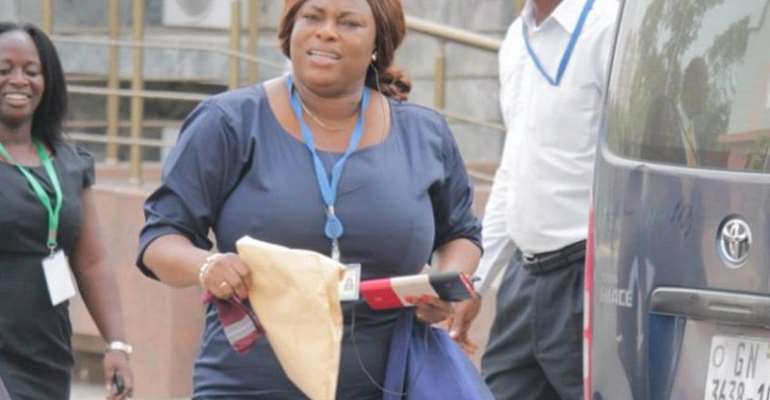 The acting Director of Public Affairs at Ghana’s Parliament, Kate Addo, has stated that parliament expects nothing but “unbiased” report from Joe Ghartey, the chair of the five-member ad hoc committee constituted to probe a bribery scandal against the Appointments Committee of the House.

The Member of Parliament for Bawku Central and a member of Parliament’s Appointments Committee, Mahama Ayariga last week accused Energy minister, Boakye Agyarko of attempting to bribe the minority members of the committee, to clear him following his edgy vetting – but they rejected it.

According to him, the energy minister’s bribery attempt was made through the chairman of the committee, Joseph Osei Owusu which was given to the minority caucus by its chief whip, Muntaka Mubarak.

He had since petitioned the speaker of Parliament, Mike Oquaye to constitute a committee to investigate his claim— as a result, the Speaker Tuesday ruled in favour of the setting up of the special committee after both sides of the House had mooted the idea .

The Committee will be chaired by Joe Ghartey, a former Attorney General (MP for Essikado-Ketan) and the members are Ben Abdallah, Ama Pomaah Boateng, BT Baba and Magnus Kofi Amoatey.

However, the selection of Joe Ghartey to chair the committee infuriated anti-corruption campaigners, raising issues of conflict of interest because he would be appearing before the Appointments Committee which is expected to vet him for a ministerial portfolio he was designated to occupy.

Ms. Addo, however, disagreed even though she admitted that “ordinarily” Hon. Ghartey chairing the committee should raise issues of conflict of interest “when you take the laws of natural justice into consideration you cannot be a judge in your own court.”

“[Nonetheless], Hon. Joe Ghartey is a man of an extreme high repute. He’s proved from the time that he’s been in parliament that he can be impartial, he can be fair….despite the circumstances and that is why the leadership and Mr. Speaker in their wisdom told him to head the ad hoc committee set up to investigate the matter,” she told Accra-based Joy FM.

Therefore they are expecting a “fair, unbiased” report to the House, she maintained.