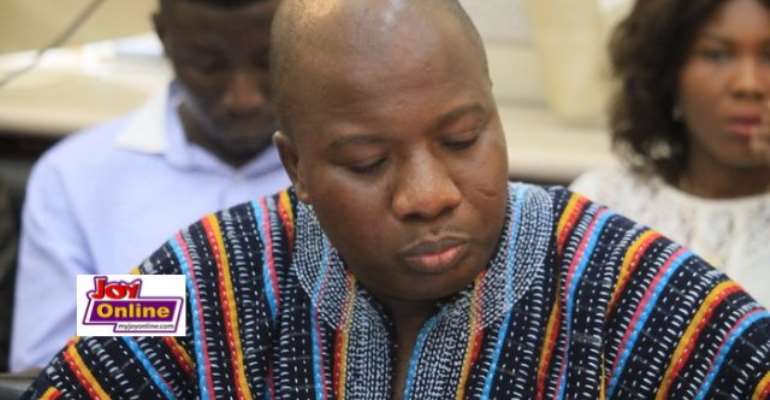 Embattled Bawku Central Member of Parliament is expected to eat humble pie and apologise for bringing the name of the House into disrepute.

Joy News' Parliamentary correspondent Joseph Opoku Gakpo is reporting sources as saying the MP has already written a more refined, detailed apology to the Speaker of Parliament showing remorse for his misconduct in what has become an embarrassing bribery scandal against Members of Parliament.

Ayariga attempted an apology yesterday after he was found guilty of contempt of Parliament by a Joe Ghartey Committee constituted to investigate allegations of corruption he made.

"Mr Speaker if you say I should apologise, I apologise," he said, much to the disappointment of the Majority side of the House and to the relief of the Minority side.

He had accused the Minority Chief Whip Muntaka Mubarak of collecting bribe money from the Chairman of the Appointment Committee of Parliament Joe Osei Owusu out of which he distributed È»3,000 each to Minority members on the committee.

He said they collected the monies initially thinking it was a sitting allowance but returned it after they learnt it was a bribe money paid on behalf of Boakye Agyarko to bribe them to approve the Energy Minister nominee at the time.

The Committee after investigating the matter, part of which was held in public, ruled that Ayariga failed to give any evidence to support his claim of bribery.

The Joe Ghartey Committee said at best what Ayariga peddled was nothing more than rumours and a multiplicity of rumours cannot become fact.

The Committee found him guilty of Contempt and asked the Speaker to sanction him.

Joe Ghartey said Ayariga could purge himself by apologising for bringing the name of Parliament into direspute.

In his attempt to apologise on Thursday, the day on which the details of the report was made public, Ayariga said the committee was not clothed with the power to find him guilty, insisting, the committee was only to fact find and not find guilt.

His half hearted apology and after events were chaotic with some members nearly exchanging blows.

Some 24 hours later Ayariga is said to have apologised in a letter written to the Speaker.