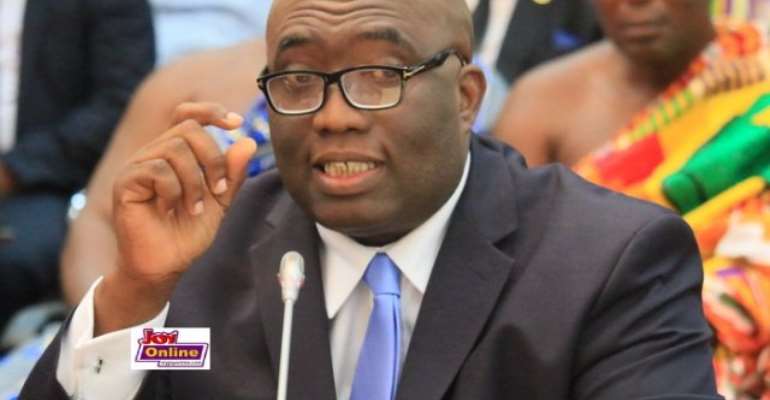 The Member of Parliament (MP) for Tamale North, Alhassan Suhuyini, has described as charade the Ghartey committee report that charged MP for Bawku Central Mahama Ayariga of contempt of parliament.

According to him, the whole process leading to the indictment of Mr. Ayariga of contempt was riddled with contradictions.

“…The committee in many ways has been very inconsistent,” the former broadcaster noted Monday April 3, 2017 on Morning Starr.

The five member ad hoc committee tasked to probe Mr. Ayariga’s allegation that the Energy minister, Boakye Agyarko following his edgy vetting, made efforts to entice the minority members of the vetting committee with GHC3000 each, to pass him.

According to the former Sports Minister, the bribery attempt was made through the chairman of the vetting committee, Joe Osei Owusu and Muntaka Mubarak, the minority chief whip.

After days of sitting and scrutiny of the evidence provided by the witnesses that appeared before it, including Mr. Ayariga, the Joe Ghartey Committee charged the former for “gravely injuring” the image of the chairman of the vetting committee and parliament.

According to the report, Mr. Ayariga “failed to ascertain the veracity of the rumour prior to publishing same,” hence his indictment.

But reacting to the development Monday on Morning Starr, Mr. Suhuyini said the whole proceeding was just a “charade… [And] it was very deceptive.”

Speaker to rule on Ghartey report The Speaker of Parliament Prof. Mike Oquaye is today expected to make a ruling on the Ghartey committee report which indicted Bawku Central MP Mahama Ayariga in the parliamentary bribery scandal.

The Speaker deferred ruling on the matter after Ayariga offered a conditional apology on the issue in Parliament Thursday.

StarrFMonline.com sources however say the former Sports minister has agreed to offer a written apology to the speaker