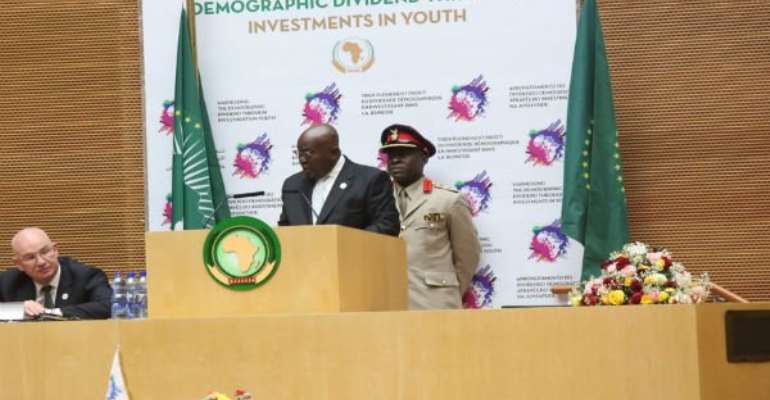 President Nana Addo Dankwa Akufo-Addo has urged fellow African leaders to do well to help implement the raft of policy measures agreed to at the Summit, so as to meet the aspirations and wishes of their peoples.

Speaking on African Union’s theme for 2017, “Harnessing the demographic dividend through investments in the Youth” he said Africa’s present generation must "be at the measure of their history.”

The theme is essentially a pact leaders on the Continent have made “with both present and future generations to leave them a better legacy than we inherited from our forebears.”

President Akufo-Addo made this known on Tuesday when he delivered the vote of thanks at the end of the 28th Ordinary Session of the Assembly of the African Union in Addis Ababa, Ethiopia.

He described the 28th AU Summit as a landmark one, largely because of the far-reaching decisions taken by the Heads of State present.

“We have made the bold decision to admit one of new Africa’s founding states, the Kingdom of Morocco, into our fold and extend the reach of our organization, finally, to all parts of our continent, with all its implications. 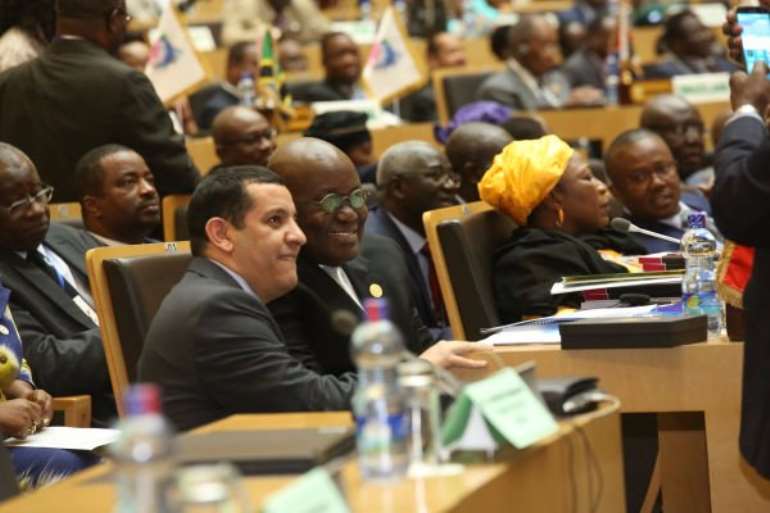 King Mohammed VI, King of Morocco, being welcome to the AU by President Alpha Conde

“We have adopted the comprehensive proposals for the reform of our institutions prepared by the respected leader of Rwanda, His Excellency President Paul Kagame, and his advisory council of experts. If vigorously implemented, these proposals will give a significant and enhanced impetus to the operations of our Union,” he said.

The Assembly also took the decision to finance its operations from its own resources, thereby weaning itself off foreign dependence and charity, with President Akufo-Addo describing this decision as “necessary for our self-respect”.

The President also applauded the Assembly for meeting the deadline of putting into place a programme for the establishment of a Continental Free Trade Area to boost Africa’s chances for self-reliant economic development.

This, he stressed, will help realise the enormous potential of the continent and help bring prosperity and dignity to the long-suffering peoples of Africa.

“If these and other measures are carried out in their letter and spirit, they will, indeed, mean that this has been a landmark Summit, one which will have succeeded in rekindling the values of ‘unity, solidarity and cohesion’ that have been the founding values of our continental organization. 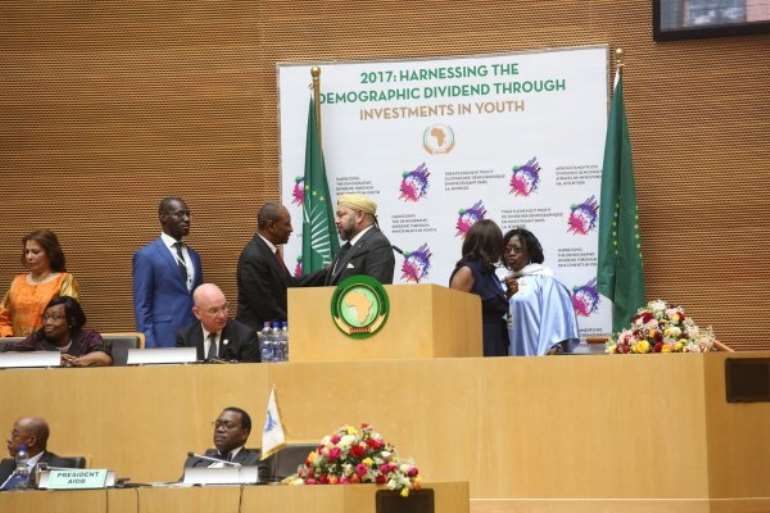 “It will mean that the decision we made, in establishing this Union 15 years ago in 2002, to build our Union ‘brick by brick’, in His Excellency President Robert Mugabe’s eloquent phrase, is paying off, and that, sooner rather than later, we will arrive at the goal of realizing our vision of an integrated, peaceful and prosperous Africa, speaking with one voice, that has been the dream of successive generations of pan-Africanists”, President Akufo-Addo said.

The President used the opportunity to commend the outgoing Chair of the AU Commission, Nkosazana Dlamini-Zuma, for successful completion of her tenure of office, and wished her well in her future endeavours.

“Her vision of freedom and prosperity with its bold initiatives for all our peoples, in particular women, who constitute the very backbone of our survival and progress, means that millions of women and men around the continent are, today, holding the torch of women’s social, economic and political empowerment,” he said.

President Akufo-Addo also commended President Idriss Déby Itno, the outgoing Chair of the AU, for his calm, sterling leadership, which “has brought new dynamism into our Union, characterized by the strategic policies during your tenure that have enlarged immeasurably the horizons of our continental body." 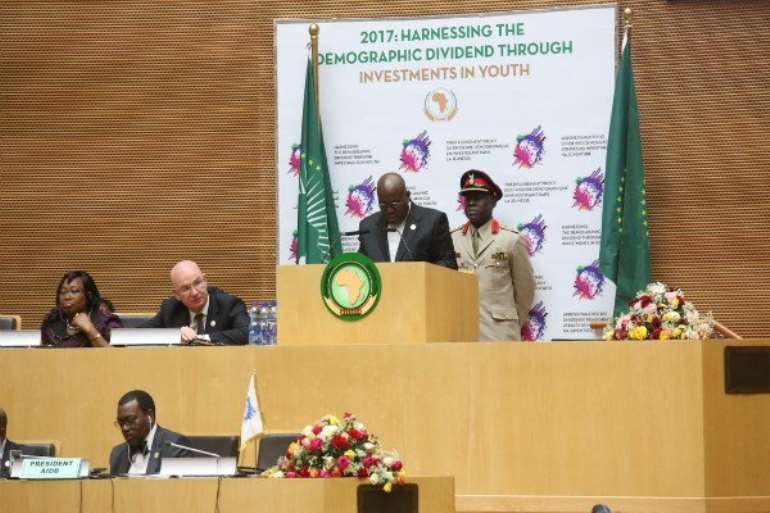 In conclusion, he thanked the Union for its assistance in helping to make Ghana’s 2016 elections credible and its outcome acceptable, thereby enhancing the country’s principles of democratic accountability, which have reinforced the peace, stability and unity of Ghana.

He also thanked his colleague Heads of State “for the big vote of confidence you gave to my country Ghana, not just by the massive endorsement of Ghana’s candidate for Deputy Chair of our Commission, but also for the selection of my compatriot, Prof. Dakoure, as one of the two awardees of this year’s Kwame Nkrumah Scientific Award.”

To the new Chair of the AU, the Guinean President, His Excellency Alpha Condé, President Akufo-Addo noted that “the elements are in place for the successful tenure of office of President Alpha Condé, and we wish him well.”