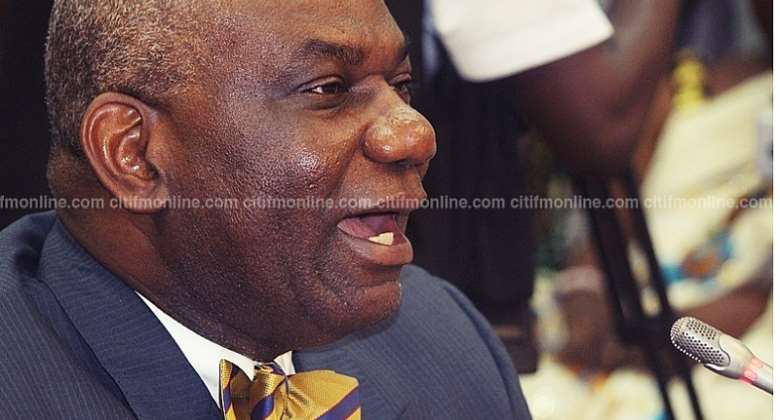 Ghana's Energy Minister-nominee, Boakye Agyarko has attributed the incessant power cuts popularly known as 'dumsor' in the country to poor financial management and structuring as well as inadequate fuel to power the country's existing plants.

According to him, the country has the human resources with technical ideas to address the power situation, however, it has failed to properly manage its finances in the sector.

Mr Agyarko made the assertion when he appeared before Parliament's Appointments committee on Monday [January 24] to be vetted for the ministerial office.

“Dumsor is not a function of installed capacity. Dumsor is a function of your ability to procure sufficient feed or crude, or gas to power the plants. Dumsor can also be a situation where power plants particularly, thermal plants because of money are not undergoing their regular cycle of maintenance so they go past their firing hours, it reduces efficiency and hence they start having problems. The power plants at aboadze are having that kind of problems,” Mr Agyarko said.

He said an Energy Ministry under his leadership will improve the financial management and structuring of the energy sector to end the country's energy woes, assuring that the government will move the country from the current state of erratic power supply to an “ideal state of uninterrupted power delivery”.

“We believe that we are moving from dumsor to a steady state of power supply to the ideal state of uninterrupted power delivery. The problem of dumsor in our estimation is not a technical problem. We have some of the best brains and technical people in our energy sector in Africa. The problem with dumsor is principally, one of money. The energy sector we find now is seriously cash-strapped to the extent that we now live in a debt merry go round.”

“In trying to end dumsor, we have to improve the financial management and structuring within the energy sector and that is what I commit to do,” he added.

Ghana has in the last decade suffered severe power crisis. Successive governments have failed to adequately address the challenge that has crippled many industries and led to the collapse of some.

Mr Agyarko at the vetting stated that the country’s energy sector does not generate enough revenue to effectively deliver its mandate, Minister nominee for Energy and Petroleum, Boakye Agyarko has said.

According to him, “the energy sector we find now is seriously cash-strapped to the extent that we now live in a debt merry go round.”

He added that, the energy sector lacks the resources to ensure regular maintenance that will enhance power supply.