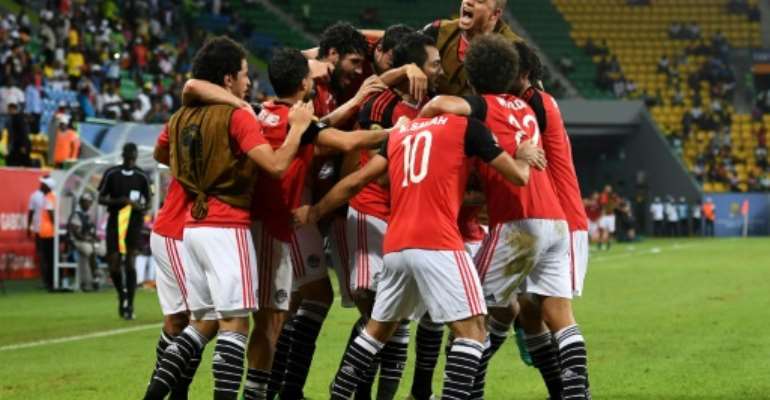 Port-Gentil (Gabon) (AFP) - Abdallah El Said scored with a minute left as Egypt snatched a 1-0 win over Uganda on Saturday that leaves them on the verge of the Africa Cup of Nations quarter-finals and eliminated their opponents.

The substitute lashed in from a Mohamed Salah pass to leave the seven-time champions needing only a point from their last Group D game against Ghana -- who beat Mali 1-0 earlier in the day -- to go through.

"We tried to play good football but things perhaps did not turn out the way we wanted them to," admitted Egypt coach Hector Cuper after a poor match on an awful surface.

"It was difficult on that pitch and in this climate but we won and that is the important thing."

Uganda, who had a Joseph Ochaya effort disallowed early in the second half, are the first team to be knocked out of this Cup of Nations after a second consecutive 1-0 defeat.

Cranes coach Milutin Sredojevic said: "We tried our best but unfortunately it was not enough.

"We have come here after 39 years away and this is a hard lesson for us.

"If you lose in a convincing way you accept it, but in this way it is very hard to accept."

Egypt brought 44-year-old goalkeeper Essam El Hadary and Stoke City winger Ramadan Sobhi into their starting line-up but again Cuper's side -- who drew 0-0 with Mali in their opening game -- lacked a creative edge.

Salah is supposed to give them that and the Roma man came closest for the Pharaohs in the first half, although a lifted ball from a tight angle drifted beyond the back post.

Faruku Miya fired wide for Uganda and it was from his cross that Ochaya turned the ball in at the back post in the 52nd minute, but the effort was disallowed.

The majority of the crowd in Port-Gentil, most of them Malians, had left the stadium after the day's first match and they did not miss much.

El Hadary had to palm away a Godfrey Walusimbi free-kick delivery, while El Said fired over and Trezeguet failed to seriously trouble Denis Onyango in the Uganda goal.

A goalless stalemate seemed inevitable until a sweeping Egyptian move in the 89th minute culminated in Salah controlling inside the box and teeing up El Said, whose low shot was too powerful for Onyango.