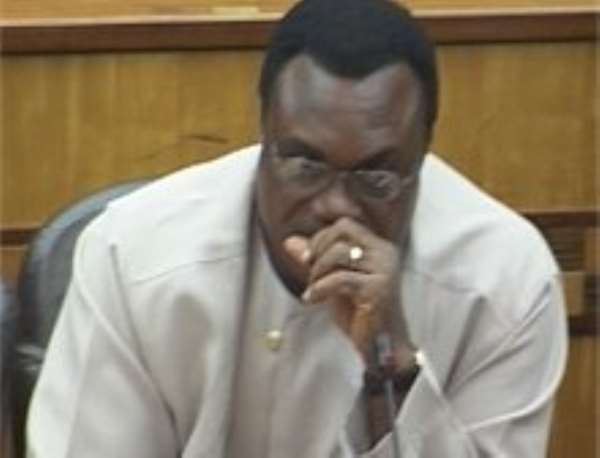 Accra, April 4, GNA - Major Courage Quashigah (rtd), Minister of Health, on Monday stressed the need for the Government to pay the cost of care and treatment of HIV and Tuberculosis (TB) if the trend in the infection rates of the diseases were to be reversed.

Strategies for fighting the diseases should be multi-sectoral, he said in a speech read on his behalf at the launch of University of Ghana Allied Health Students Week.

The Minister said the Government would continue to ensure that people continued to enjoy free TB treatment in various hospitals and clinics.

The Week is being celebrated under the theme: "Behavioural Change of the Youth in the Prevention of HIV and TB."

Major Quashigah said the Government was committed to the introduction of anti-retroviral drugs in the case of HIV and research to understand the epidemic in the environment as well as the move to take advantage of the options that were open to it.

Mentioning challenges faced by the government in the treatment of the epidemics, he said limited human resources and the training of most health workers on anti-retroviral therapy were among the major problems. The Minister said lack of knowledge of treatment options and providing nutritional support for HIV patients to help boost their immune system were also challenges facing the Government. "The HIV epidemic, with its attendant opportunistic infections, such as TB, has contributed to increased mortality in almost all age groups of the population.

"In a developing country such as ours, where about 400,000 Ghanaian men, women and children are estimated to be currently infected with HIV, it leaves no cosy room for the government to slumber." Major Quashigah urged the youth to reconsider their sexual lifestyles.

Mr Emmanuel Nuworzah, Training Officer of the Planned Parenthood Association of Ghana (PPAG), noted that 100 per cent awareness of the epidemic had been achieved. However, he said, there was a wide gap between awareness and behaviour.

He said prevention and control of the disease tended to be difficult because people persistently engaged in casual sex. "How many men would want to use the condom consistently and do so correctly and how many women have the power to insist on condom use?" Mr Nuworzah said that if drastic measures were not taken to effectively address the issues, about 500,000 Ghanaians would be infected with HIV by the end of this year.

Professor Julius Mingle, Former Head of the Biology Department at the University of Ghana, said treatment of HIV in the country had been reduced to 50,000 cedis a month while TB treatment was free. Launching the programme he urged the students to study seriously to enable them to come up with treatment modules for HIV and other diseases.

He pledged on behalf of researchers on HIV to continue searching for a cure for the epidemic.

Mr Terry Addo Vanderpuye, President of the University of Ghana Allied Health Students Association (UGAHSA), said the health week celebration was aimed at creating awareness about HIV and TB and to educate people on the role allied health played in the diagnoses of diseases.