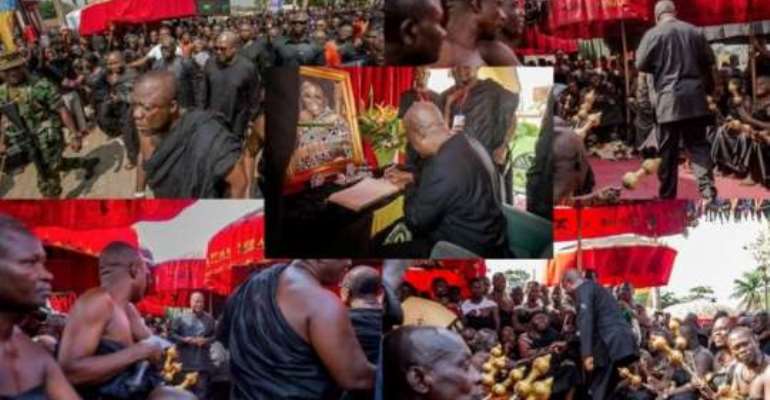 He added that she was not 'just a mother to all in the Asante Kingdom, but also my mother'.

The former President indicated that her loss, for him was a profoundly personal one.

The deceased was the biological mother of the reigning Asantehene, Otumfuo Osei Tutu II.

For four days running, her body laid in state at the Manhyia Palace for thousands of mourners from across the country and beyond to pay their last respects.

Former President Mahama said 'while grieving and celebrating her precious and royal life, I wish to remind us of her unique qualities, which includes courage, truth, discernment, wisdom, love and compassion'.

'She was concerned, not just about Asanteman, Ghana was first on her mind because she believed the success of the nation was key to the greater success of Asanteman.'

He said it was 'his intention to name the Kumasi Central Market after her; as a sign of our appreciation and love for her enormous contribution to the development of our nation'.

'That was not to be in her lifetime. But I believe, that dream can still be kept alive.'