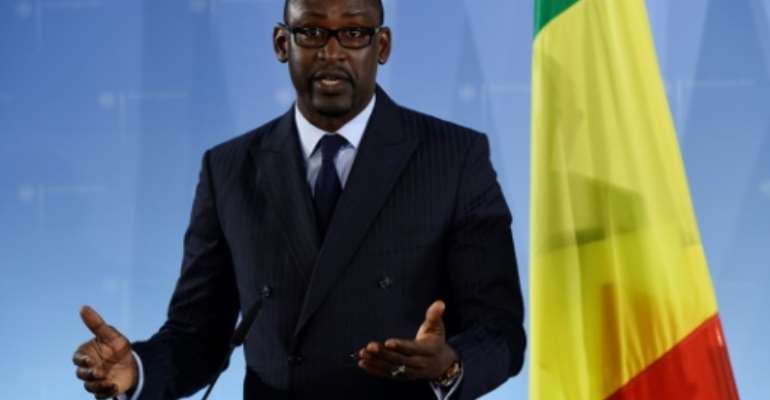 Malian Foreign Affairs Minister Abdoulaye Diop said the visit of his Dutch counterpart Bert Koenders to Bamako had never been intended as the moment to make a deal. By TOBIAS SCHWARZ (AFP/File)

Bamako (AFP) - Mali's foreign minister on Monday denied an agreement had been reached with the European Union to take back migrants failing to get asylum.

The Dutch foreign ministry signed a joint declaration on the EU's behalf on December 11 which it said would tackle "the root causes of illegal migration" and "enable the return from Europe of Malian migrants".

But Abdoulaye Diop told a press conference: "At no point was there any question of signing an agreement that would allow the expulsion of countrymen (living) in Europe illegally."

Mali "does not intend to put a price on its dignity even if the EU is a development partner."

Expressing "astonishment" at learning via the media he had signed such a document, Diop said the visit of his Dutch counterpart Bert Koenders to Bamako had never been intended as the moment to make a deal.

The number of migrants from African nations who risk their lives at sea in a desperate bid to reach Europe has increased considerably in recent years.