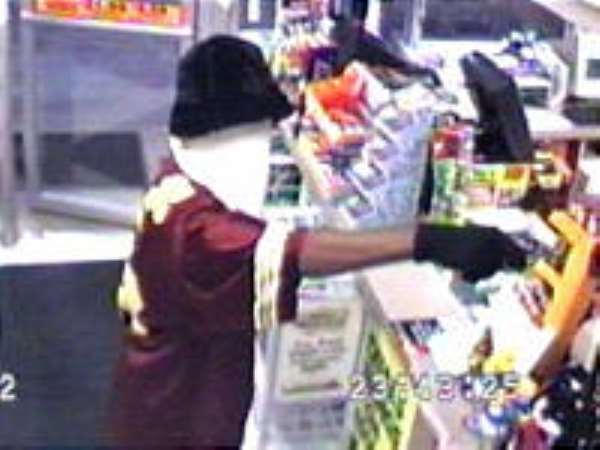 After the recent resolute attacks by the police on armed robbers in the major towns and cities of the country, the robbers have now decided to attack people living in the villages.

In the early minutes of last Friday, a group of five robbers believed to be aged between 19 and 30, attacked a small village called Anyinase in the Amansie East District of the Ashanti region and made away with over ¢5 million and other valuable items worth millions of cedis belonging to Mr. Clement Boahen, a.k.a. Wofa Cle, a third year student of the University of Ghana.

Mr. Boahen, a native of the village had traveled there with five other friends to see to the proper organization of a sports activity he had organized and sponsored for basic schools in the area as part of activities he had embarked upon, to promote education in the area.

Narrating the incident to The Chronicle, the student-philanthropist stated that, he and his friends arrived at the village, where he had built a palatial house, at around 10 pm, last Thursday to prepare for the sport activity that was due to be held the next day.

He said he and his friends, including a final year California University student, Richard Stanley, who is currently pursuing a two semester course in political science at the University of Ghana, stayed awake late into the night as they watched movies and shared experiences.

Wofa Cle continued that at about 12:10 am, a taxi cab came and stopped in front of his house and one of the occupants of the taxi came down and walked to him. He said the man who came from the taxi asked that he be directed to a certain place and as he was directing him to the requested place, the man pretended not to understand what he was saying.

"All of a sudden, one other guy came from the taxi and threw a flash light at my face, thereby making it impossible for me to see his face. As I was about to protest, a gun was pointed at me and I was instructed to lead them into the room and that if I dared to resist, they would shoot me dead. So I had to give in," the victim narrated.

According to him, when they got to the room, the robbers asked, "Where is the white man?" He said he wondered how they got to know that there was a white man in the house.

He now realized that a taxi cab that they had sighted on their way to the house was the same that was carrying the robbers, so he surmised that the robbers had seen them while they (the victims) were driving home a couple of hours before the attack.

"In fact, when we were about to get to the village in the night of Thursday, we saw a taxi that was packed by the road side as though it had run into a ditch and we got to realize that it was the same taxi that carried the robbers. So we realized that the robbers had seen us on our way home. But unfortunately, because of the circumstances at the time, I could not take the number of the car," he said.

Wofa Cle said he suspected the robbers to have come from the area, pointing out that when the people of the town heard the information, they mentioned one guy who was suspected to be a hardened criminal and alleged to be operating his robberies in Kumasi. He said, latter evidence strengthened their suspicion about the said man's involvement in the attack, so they made the particulars of the suspected man available to the police at Asiwa where they reported the incident.

The victim told the paper that while in the house, the robbers blind folded him and subjected Stanley and the other occupants of the house, including three teachers of the local basic school there to severe beating.

He said Stanley was severely assaulted because the robbers were demanding that he gave out some dollars which he did not have.

"In the end, they locked us up in the master bed room and took away our mobile phones, ¢5 million cash, a digital camera and other valuable materials, running into millions of cedis," he recounted.