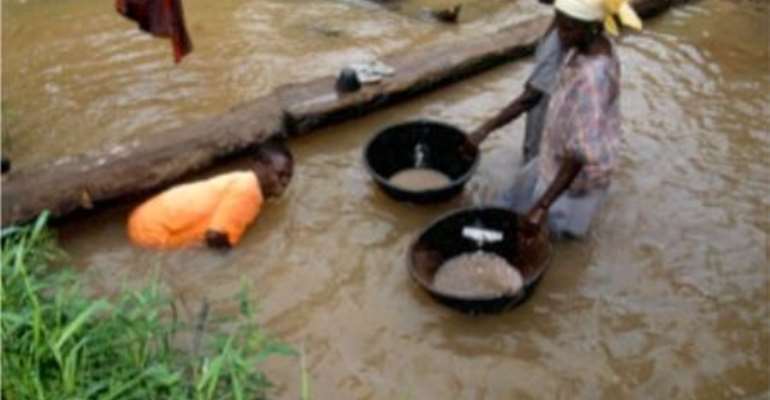 Nkawkaw, March 14, GNA - The Nkawkaw Police Division in collaboration with the Eastern Regional Police Command arrested 96 illegal miners popularly called "galamsay operators" including nationals from La Cote d' Ivoire, Togo and a Liberia in a swoop at Noyam near Okoase in the Birim North District at the weekend.
A number of items used in the operations including grinding machines, water pumps, fuel tanks, a plant generator, washers and electric motor were seized during the operation.
Briefing Ghana News Agency) at Nkawkaw, the District Police Commander, Assistant Superintendent of Police, Christopher Klomegah said the operation, which was initiated by the District Security Committee was joined by personnel from the Regional Police Headquarters due to the numerical strength of the galamsey operators.
He said the presence of the illegal miners in the area had led to an increase in rape cases, assault, stealing and drug peddling.