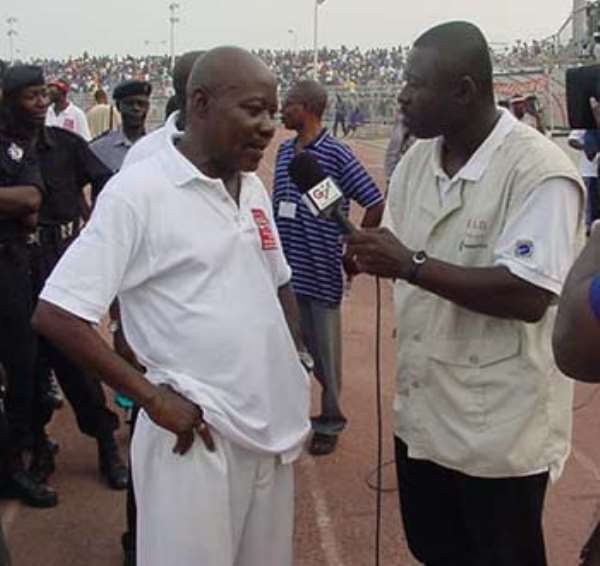 Jones Attuquayfio will quit Accra Hearts of Oak at the end of March when the current gentleman's arrangement between the Dansoman based club and Hearts expires.

Liberty, agents of coach Jones Attuquayfio have declined Hearts' request for an extension of the trainer's contract.

Jones working relationship with Hearts of Oak ended with the African Super Cup game against Enyimba.

But the president of Liberty Professionals, Alhaji Sly Tetteh, told Joy sports that Attuquayfio would be allowed to stay on at Hearts till the end of the month after which he will revert to Liberty.

Meanwhile Jones Attuquayfio says the attitude of Hearts players must improve for what could be his last game in charge if the club is to make the next round of the CAF Champions' league.

With injuries to several players, the experienced trainer has thrown the challenge to his medical staff to work the players back to full fitness in preparation for the upcoming trip back to Nigeria.

Defender Dan Quaye who missed the Enyimba clash with a nagging injury has begun light training though and could be available for the game against Dolphins.

Hearts return to Nigeria next two weeks to play Dolphins in the second round qualifier.

Assin North: My victory was far superior to the dark machina...
3 minutes ago