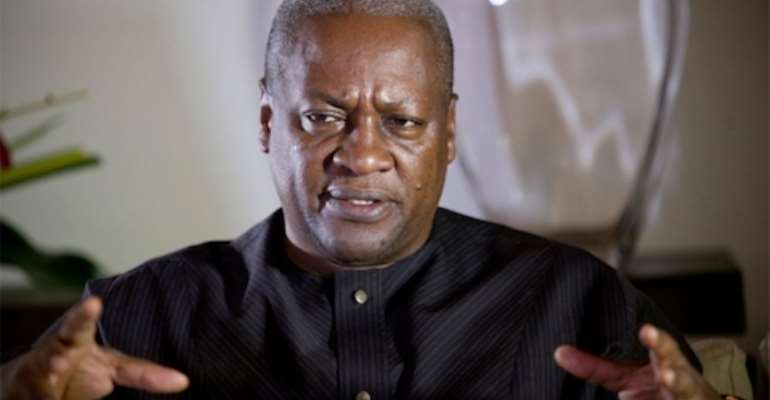 President John Mahama has admitted failure in ensuring that the country gets a Right to Information (RTI) law, saying he does not even know the stage of proceedings on the bill currently before parliament.

“Cabinet approved it; we submitted it to parliament; I don't know where it is,” President Mahama expressed the frustration in a speech he delivered at UNESCO's International Programme for Development of Communication talks in France yesterday.

The Coalition on the Right to Information has been putting pressure on the government to get parliament to pass the RTI bill expected to give substance to Article 21 (1) (f) of the 1992 Constitution which states that “All persons shall have the right to information subject to such qualifications and laws as are necessary in a democratic society.”

According to the coalition, countries like South Sudan, Guinea, Niger, Cote d'Ivoire, Liberia, Sierra Leone, Togo, Nigeria, Rwanda and most recently Kenya and Tanzania among others, have all passed the law and did not understand why Ghana, which touts itself as a pacesetter for democratic practice in Africa, cannot pass such a law.

President Mahama said the RTI bill has suffered some setbacks because of lack of consensus among the parties in parliament.

“It was submitted to parliament in the term of the last president and it has continued in my term and I believe that it is something that we should complete and make available so that people will have a legal basis for demanding information if there is a reluctance to give the information to them.”

The coalition, ahead of the president's speech, had released a statement condemning the government's failure to get the bill passed to enhance greater access to public information.

“The RTI Coalition believes that the selection of President Mahama to speak on such a day as the IDUAI and on such a topic, even though ironic given that Ghana has failed for more than a decade to put in place an access to information legislation, presents an opportunity for the president to make concrete commitments on the passage of an effective and efficient RTI legislation before the current parliament lapses in 2017.”

It continued, “As a Coalition, we are concerned that President Mahama has not demonstrated strong commitments to the passage of the RTI bill, despite his party's commitment to same in their 2008 and 2012 manifestos.

“Being an election year, the failure by the 6th parliament to pass the bill before its tenure lapses would mean that the process would have to commence all over again with the new government and the new parliament.”

“As a result of this, the Coalition sent a petition to President Mahama through the Chief of Staff on August 18, 2016 asking him to deliver on his party's previous manifesto promises on the RTI Bill. Till date the Coalition has not received any response to the petition,” it observed.