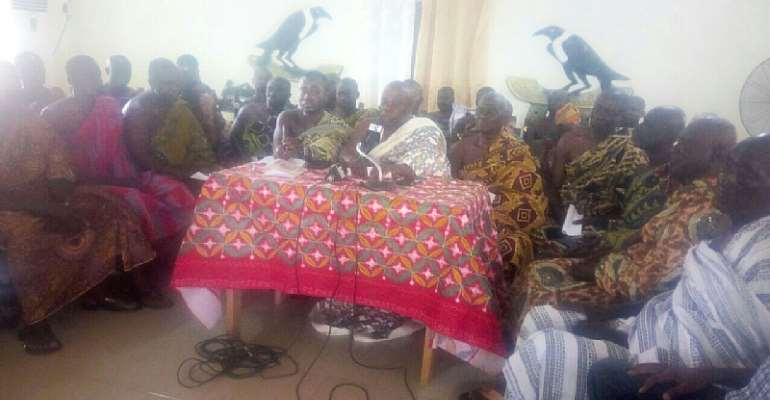 The chiefs and people of Ejura in the Ashanti Region are preparing feverishly to mark this year's Annual Yam Festival that would be characterised by parade on the streets and singing of traditional songs.

The Yam Festival, which is to be held under the theme: 'United for Development,' is celebrated to mark the beginning of a new year on the traditional calendar.

Nana Osei Kwadwo Ansebie II, Nifahene of the Ejura Traditional Area, said at a press briefing in the community on Wednesday that this year's event would be celebrated with a large contingent of business executives, government officials and dancers from the Kingdom of Swaziland.

The people of Ejura started eating yam after a hunter saw Potamochoerus Porcus (bush pig) eating the tuber without dying.

It would be held in line with the objectives of Ejurahene Barima Osei Hwedie II to lead the united people of Ejura to prosperity.

This year's Yam Festival will be unique and memorable because it will be used to raise funds for the establishment of a Nursing and Midwifery Training School, according to him.

It would be the first tertiary institution in the Ejura-Sekyedumase Municipal Assembly, Nana Osei added.