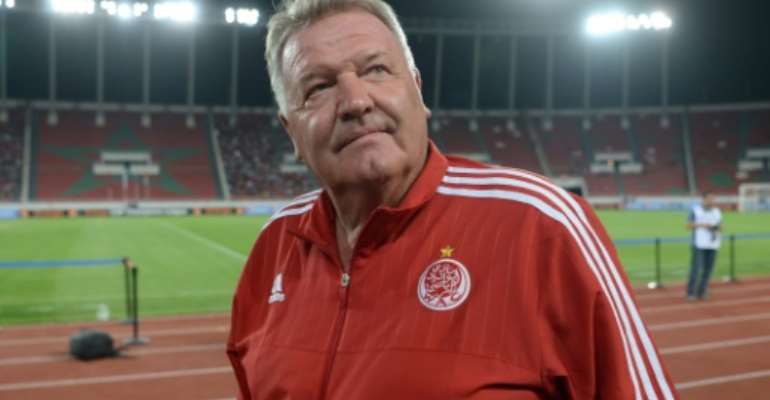 Johannesburg (AFP) - Only a catastrophic collapse can prevent Zamalek of Egypt reaching the CAF Champions League final this weekend, but ZESCO United of Zambia hold a precarious lead in the other semi-final.

Five-time title-holders Zamalek have a 4-0 lead over one-time winners Wydad Casablanca of Morocco and no club has overcome such a large first-leg deficit in the penultimate phase.

Both second legs are scheduled for Saturday with Sundowns hosting ZESCO in Pretoria three hours before Wydad and Zamalek clash in Rabat.

To stage the greatest comeback since the premier African club competition was launched 52 years ago, 1992 champions Wydad will have to outperform Hafia of Guinea and Hearts of Oak of Ghana.

Hafia, then one of the top clubs in Africa, overcame a 3-0 away loss to ASEC Mimosas of the Ivory Coast in 1976 by winning 5-0 at home.

One season later, Hearts recovered from a 5-2 drubbing by Mufulira Wanderers of Zambia to win 3-0 at home and squeeze into the final on away goals.

Wydad, who eliminated title-holders TP Mazembe of the Democratic Republic of Congo in the qualifying phase, reacted to the unexpectedly heavy loss to Zamalek by firing coach John Toshack one day later.

The former Real Madrid manager and Liverpool and Wales striker was replaced by Sebastien Desabre, a Frenchman with considerable African club football experience.

A wonder goal by captain and midfielder Shikabala -- real name Mahmoud Abdel Razek Fadlallah -- after a 55-yard run set up Zamalek for one of their greatest CAF triumphs.

And it is virtually unimaginable that a strong defence backed by Ahmed El Shenawy, one of the best goalkeepers in Africa, could surrender such a commanding position.

The loss of form by striker Reda Hajhouj has been a huge blow to Wydad. He averaged a goal a game in six qualifiers, but has not scored in seven subsequent matches.

Jackson Mwanza scored twice within three minutes to give ZESCO a two-goal lead in Ndola that was halved by Zimbabwean Khama Billiat with only three minutes left.

Jackson Mwanza (front) scored twice within three minutes to give ZESCO a two-goal lead over Mamelodi in the first-leg, which was halved with only three minutes left

The result leaves only the second Champions League semi-final between two Southern Africa clubs delicately balanced with away goals or a penalty shootout possibly deciding the tie.

Tradition favours Sundowns as only two of 10 previous clubs that won the first leg of a semi-final 2-1 went on to qualify for the final.

Sundowns coach Pitso Mosimane fears ZESCO could have an edge in fitness as the South Africans will be playing a fifth game in 14 days.

"ZESCO will be well rested, but we cannot let that disturb us. We are a professional club and have to put up a good performance against all odds," he stressed.

Rival coach George Lwandamina believes the tempo of the second leg will be a crucial factor.

"We cannot match Sundowns for speed so it is vital that we dictate the pace," said the Zambian.