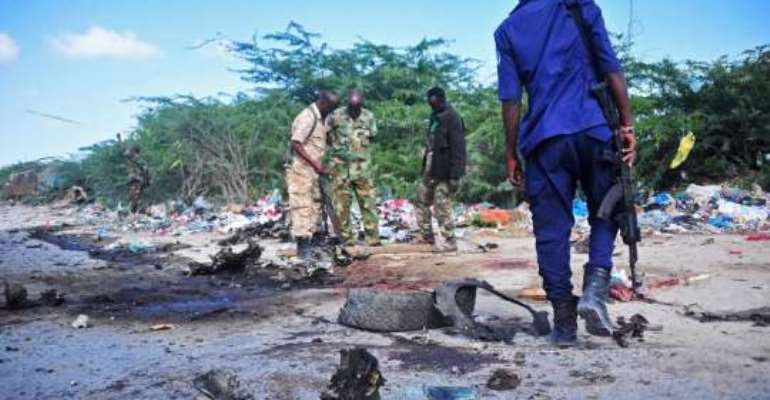 MOGADISHU, Somalia, Sept. 19 (UPI/GNA) - The Islamist militant group al-Shabab took responsibility for a suicide car bombing in Mogadishu, Somalia, in which an army general was killed.

Maj. Gen, Mohamed Roble Jimale Gobanle, commander of the army's third brigade, and five of his bodyguards died Sunday when their convoy was struck by a suicide bomber in a car heavily loaded with explosives. His brigade, with coalition troops from the African Union, was actively fighting the al-Qaida-aligned insurgents in southern Somalia.

The incident, and al-Shabab's acknowledgment of involvement, was announced on Radio Andalus, a pro-militant radio station, which added the suicide bomber was also killed. Witnesses reported a powerful explosion, and security official Mohanmed Hassan said several soldiers were injured.

Gobanle's death is the latest in a series of high-profile killings in Somalia as it prepares for national elections in October. Al-Shabab's insurgency, since 2006, seeks to impose Islamic law on the East African country.

LGBTQ+: I was impressed by intervention of very renowned, we...
42 minutes ago

“Even those who lost elections are thanking people, what are...
58 minutes ago