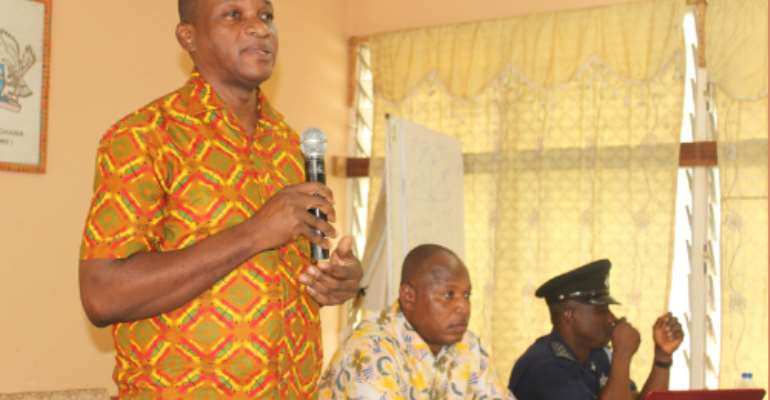 The Eastern Regional Director of National Commission for Civic Education (NCCE), Mr. Alex Sackey has advised political parties to register their members to pay dues to the party in order to get money to run their activities.

According to him, most of the supporters who attend political rallies are probably members of party so if they are asked to pay dues to the party, the party will be getting some money to operate their organisations.

According to him, the opposition parties also should work day in day out to be active and educate people so that they will be heard of rather than waiting until election years.

"I was so amaze when electoral commission announced that there are 26 political parties in Ghana, just that they doesn't come out unless there is going to be an election". He Lamented.

He disclosed this during a workshop organised by the National Commission for Civic Education (NCCE) with support from the European Union in the district Capital, Begoro for the youth wing of all the political parties in the Fanteakwa district of Eastern Region with a theme of "Empowering the youth to stand up for Ghana for a peaceful election 2016".

Which was to equip these youth activists with the basic knowledge and skills of non-violence to enable them participate both effectively and ethical in the electoral process.