Remission Of Montie 3 Sentence Is To NPP's Advantage - Asiedu Nketia 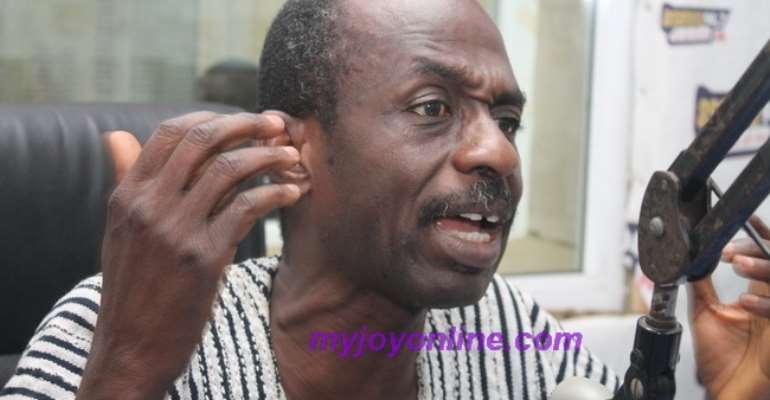 He has therefore advised the party to take advantage of it and put an end to the “needless” arguments concerning the President’s action.

President Mahama on Monday granted remission of the prison sentence imposed on the three persons otherwise known as Montie trio, for contempt of court.

A statement issued and signed by the Minister of Communications, Dr Edward Omane Boamah, said the decision of the President to remit the sentences on compassionate grounds followed a petition submitted to him by the contemnors appealing to the President to exercise his prerogative of mercy.

There have been several debates following the President’s decision to pardon the three, with some describing the action as an affront to the judiciary.

But speaking on Citi FM Tuesday morning, Mr. Asiedu Nketia explained that the President acted within the remits of his power and that the ensuing arguments were not necessary.

“The President under article 72 has been given that power and all presidents in Ghana have had occasions to exercise it. It is called a prerogative of mercy, it is not based on justice or any arguments or when it is exercised it doesn’t mean that the beneficiaries are not guilty. If they are not guilty then that is mercy…so this whole argument about the seriousness or otherwise of their guilt is totally misplaced,” he said.

Mr. Asiedu Nketia also argued that the President owed no one an explanation as to who to pardon or not.

“There is no requirement of the president explaining why he had mercy for one person or the other and so the president doesn’t owe anybody any explanation. It has never been the practice that when that power is exercised you wish to find out the justification so all those arguments of justification is totally misplaced,” he said.

Mr. Asiedu Nketia however had a word of advice to the opposition NPP, telling them to be true to themselves and rejoice over the President’s conduct since that could boost their fortunes at the December polls.

“Those who were arguing against the president granting this were saying that if he does it he would lose the elections, I would be expecting those people to jubilate today. So if the president is conducting himself in ways that will lead to him losing the elections, is that not a cause for celebration? Why are you annoyed about this?”

“If they were genuine in their assessment, they should be celebrating today that the president has taken this step and that step will lead to him losing. If he loses, NPP gains. So all the NPP commentators who are saying that if he does it he will lose, he has done it so It inures to your benefit so go and take your electoral advantage and win the elections,” he derided.