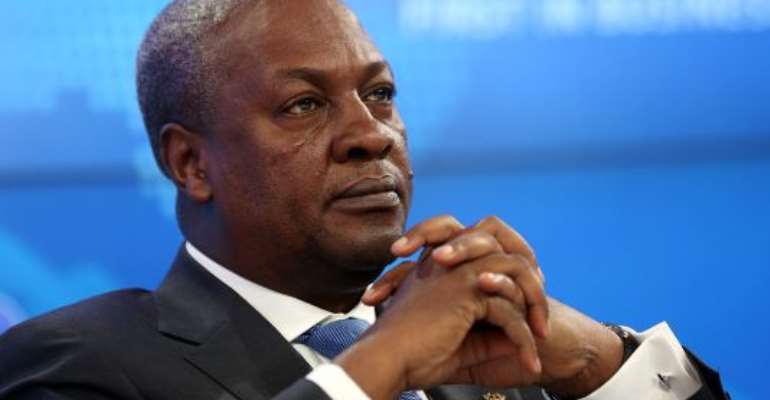 The Vice Chairman of the Energy Committee, Adam Mutawakilu has downplayed suggestions that the governing National Democratic Congress (NDC) is not committed to fixing the power crisis.

It has been nearly six months since the former Power Minister resigned but the President has not announced a replacement yet.

Some critics have suggested that government's failure to appoint a substantive Minister to oversee the Power Ministry somewhat shows its lack of commitment to resolving the power crisis.

But speaking on Point Blank segment of Eyewitness News , Mr. Mutawakilu who doubles as Member of Parliament for Damango disagreed with these assertions, saying the President would not have created the Power Ministry if he was not determined to rectify the problem.

“In the first place we did not have Ministry of Power.If the President was not determined he wouldn't have created the Power Ministry so I believe the President is totally determined to ensure that the power crisis is fixed forever,” he argued.

Jinapor has been effective
Mr. Mutawakilu further stated that the Deputy Minister has been very effective since Mr. Kwabena Donkor's resignation.

“I believe the Deputy Minister is doing very well and he has impressed us on the committee and his response to issues is quite fast and I am quite confident that with guidance from the Minister of Finance, he will be able to handle issues very well.”

Billing anomaly
Speaking on the electricty billing anomalies, Mr. Mutawakilu said investigations into the problem will soon be completed after which an effective solution will be arrived at to address the problem.

“The committee has not concluded on anything yet and we are still doing our investigations.We want to finish our investigations as early as possible.We will be visiting the lab of ECG where they do the calibration and then we will like to look at the sources of the supply of the prepaid meters and then from there we can conclude.”