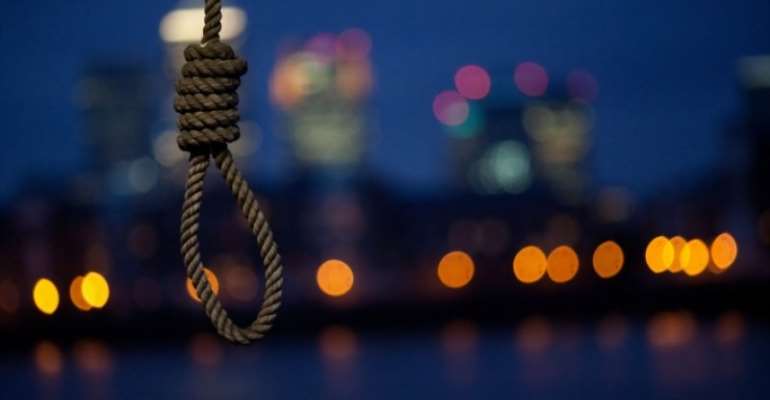 Three persons have committed suicide in the Eastern region within the last five days.

The latest incident occurred on Thursday at Akyem Takorase in the Upper West Akyem municipality.

The deceased, Daniel Agyei, 35, hanged himself in his room.

The body of the deceased has subsequently been conveyed to the Asamankese Government Hospital morgue by the Police.

The cause of Agyei's action has not been established, however, a resident who gave his name as Michael, told Starr News’ Eastern regional correspondent Kojo Ansah that the deceased was an Okada driver, but was involved in a near fatal accident two years ago which rendered him unproductive.

He added that the deceased subsequently became a drunkard due to neglect by his family.

He is reported to have announced at a funeral last week that he will be the next to be buried in the community.

This is the third similar suicide incident that has been recorded in the Eastern region in the last few days.

The first incident occurred at Kpong-zongo in the Lower Manya Krobo municipality where a 25-year-old woman, Mawupemo Keshi, hanged herself in her room.

On Wednesday, a man believed to be in his 30s and identified only as Abass was also found hanging on a tree at the roadside of Effiduase Social Welfare area in the New Juaben Municipality.