Nana Addo Was Consulted Before GITMO 2 Transfer – US 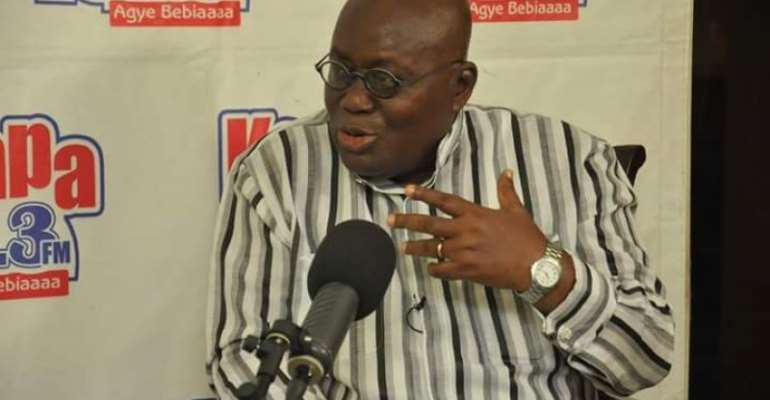 The United States government has revealed for the first time that it consulted Nana Addo Dankwa Akufo-Addo, leader and flagbearer of the opposition New Patriotic Party before the infamous transfer of the two Guatanomo bay detainees to Ghana.

“The Foreign Minister and this Embassy consulted about informing other stakeholders and so we did talk to Akufo-Addo before the transfer happened,” US Ambassador to Ghana Robert Jackson told some editors Friday.

Ambassador Jackson added “after the transfer happened we met with a variety of religious, civil societies and political leaders. I personally met with catholic bishop conference and archbishop Duncan Williams and some of his top leadership…and I think that people now understand what happened better”.

The opposition NPP had earlier accused government of breaching the ant-terrorism act of Ghana in accepting the two ex-Guantanamo bay prisoners in the country.

The party also demanded government to make a full disclosure of the terms and considerations involved in the deal.

However, speaking to senior editors of selected media houses, Ambassador Jackson reiterated that the detainees do not pose any security threat to the country.

Meanwhile, to improve Ghana's capacity to handle any terror attack, the Ambassador revealed that the US is currently supporting Ghana with a joint readiness operation - named EPIC GUARDIAN.

The eight-day exercise to be launched on April 26th will share intelligence and provide simulation exercises to test and increase the country's responsiveness to terror and trafficking threats.