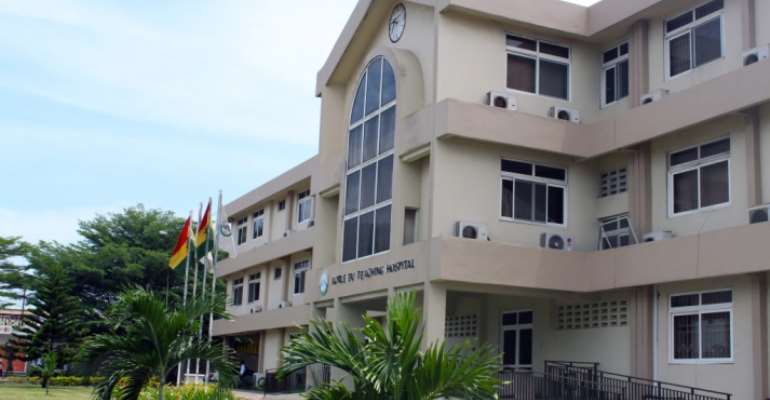 Patients who turned up at three surgical clinics of the Korle Bu Teaching Hospital on Monday left disappointed  when they got to know they  have been closed down, putting critical care in danger.

Although the hospital's authorities had announced its intention to suspend activities at the Urology, General Surgery and Neurosurgery clinics effective yesterday, some patients did not know of the decision.

The patients who visited the clinics yesterday were, however, asked to visit other facilities such as the 37 Military Hospital, the Ridge Hospital and the Police Hospital.

But while officials at the hospital battle to rehabilitate the facilities, the authorities of the Komfo Anokye Teaching Hospital (KATH) in Kumasi say they are ready to deal with any pressure that would arise from the closure of the three surgical clinics at the Korle Bu Teaching Hospital.

The Chief Executive Officer of KATH, Dr Joseph Akpaloo, said although he did not envisage  patients from KBTH being transferred to KATH, nevertheless, 'we are ready to accomodate all peatients who will come to our facility'.

Dr Akpaloo gave the assurance when a delegation from the Asanteman Association of North Carolina in the United States of America (USA) donated medical equipment and consumables valued at $100,000 to the hospital.

Minister visits
The closure of the three clinics prompted the Minister of Health, Mr Alex Segbefia, to visit the hospital to assess the situation.

Mr Segbefia's visit, according to the Public Relations Officer of the Ministry of Health, Mr Tony Goodman, was to get first-hand information about the situation at the hospital.

'The minister visited the newly constructed emergency centre and saw the various equipment being installed. He also went to the accident emergency to see some of the theatres that have been closed down,' he said.

During the visit, the minister expressed condolences to the family of a student of the Kwame Nkrumah University of Science and Technology (KNUST) and a medical student who died because of delays in attending to them.

The delays were partly as a result of the renovation works currently being executed at the hospital.

Mr Segbefia said as much as possible, the ministry would get involved in resolving challenges at the hospital.

Decision to close
The Chief Executive of KBTH, Dr Gilbert Buckle, said the decision to close down the clinics was temporary and that the authorities were hopeful the rehabilitation and re-equipment work would be completed by March, 2016.

'Emergency cases in the affected areas will, however, be attended to after prior arrangements are made in respect of such cases,' Dr Buckle explained.

Non-emergency or elective cases in urology, general surgery and neurosurgery should be referred to other hospitals within the metropolis,' Dr Buckle said.

He said the situation had arisen because most of the consumables supplied by some of the contractors to the hospital had expired.

Disappointment
A patient, Amina Musah, in an interview with the Daily Graphic expressed her disappointment at the situation and said 'I came from Nsawam and the nurses refused to attend to me'.

Other patients expressed similar sentiments, appealing to the authorities of the hospital to reconsider their decision.

The nurses working at the affected facilities, according to an officer in charge of the Outpatients Department, Ms Regina Oto, had been transferred to other wards.