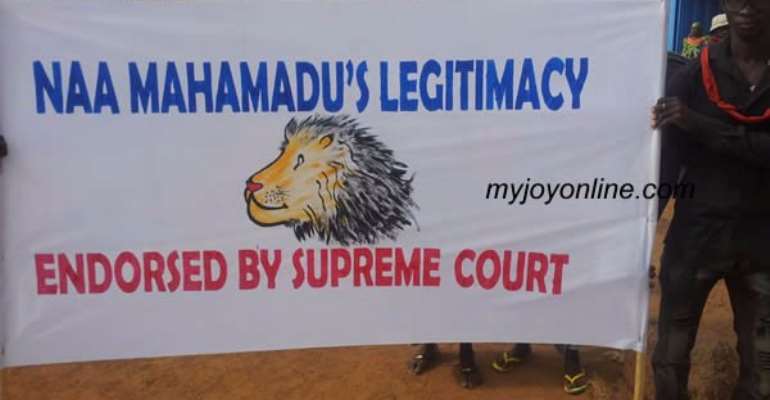 The Abudu royal gate has petitioned President John Dramani Mahama to grant them access to the Gbewa Palace to perform the final funeral rites of their late chief, Naa Mahamadu Abdulai IV.

This follows an ultimatum they issued few weeks ago threatening to enter the Palace by force if government fails to give them the go ahead.

The Abudus have always argued that their late chief, Naa Mahamadu, was legitimately enskinned and his final funeral rites must be performed at the Gbewa Palace in Yendi.

The other side of the Dagbon Chieftaincy divide, the Andanis also issued a counter threat daring the Abudus to enter the palace and bear the consequences of their action.

These threats have triggered some tension in the area especially because the two families have a history of a bloody war.

Security was beefed up in the area to avert a repeat of the 2002 massacre which led to the beheading of the overlord of Dagbon Ya-Na Yakubu Andani and the killing of some elders.

The Abudus hit the streets of Yendi in the Northern region, Thursday, to register their displeasure at how things are being handled.

He received the petition and promised to pass it on to the President.

I don’t know him – Afoko denies knowledge of prosecution wit...
48 minutes ago