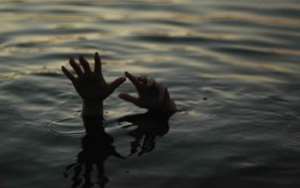 One person has drowned and several others left injured after a ferry crossing the Afram River on the Volta Lake sunk Saturday night.

DCE for the area, Windham Afram, confirmed the death of one person and the injury of ten other commuters on Sunday.

The injured are currently on admission at a hospital in area.

"The ferry was carting goods and a Man Diesel vehicle from Atoaboma to Bridgeano both in the Eastern Region. It's believed that the weight of the vehicle and goods were so heavy than the ferry, causing it to sink," he said.

The Kwahu Afram Plains District Security Council has mounted a search for other commuters who went down with the sinking ferry.

The ferry and and all the load it was carrying have also sunk in the Afram River.