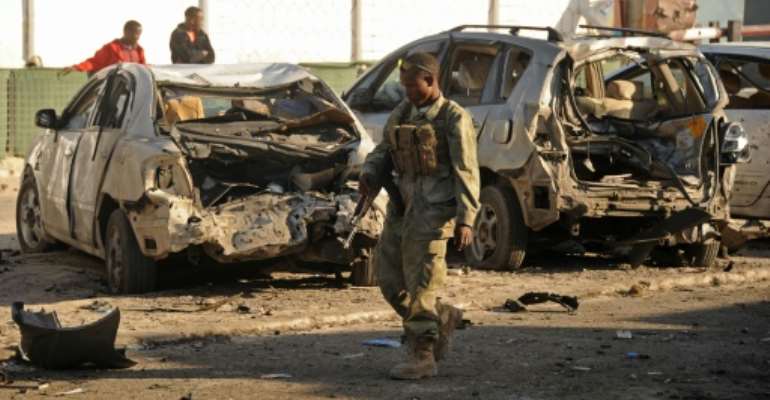 Somalia is struggling to return to representative rule after beating back Shebab Islamists from Mogadishu in mid-2011. By Mohamed Abdiwahab (AFP/File)

United Nations (United States) (AFP) - UN Secretary-General Ban Ki-moon has praised Somalia's government for agreeing Thursday to hold elections this year to a new two-chamber parliament in which women will hold nearly a third of seats.

The new federal parliament will hold elections "based on inclusivity and representation," Ban said in a statement welcoming the decision.

The UN chief "particularly applauds the commitment to representation of women and minority groups, including that women will comprise 30 percent of the next parliament," the statement said.

The members of the new parliament will not be chosen by direct vote, and Ban called for a "roadmap towards universal suffrage in Somalia by 2020" as part of Somalia's transition to democracy.

The move marks "the growing political maturity of a federal Somalia," Keating told the UN Security Council, adding that the new electoral model was devised by Somalis and would be led by them.

The new parliament will consist of a 275-seat lower house and an upper chamber of 54 members.

The lower house will be elected based on a power-sharing formula between clans, said Keating.

The upper chamber provides for "equal representation of the existing, emerging and prospective federal member states and the allocation of additional seats" for breakaway Puntland and Somaliland, he said.

Somalia is struggling to return to representative rule after beating back Shebab Islamists from Mogadishu in mid-2011.

The Shebab, which is fighting to overthrow the internationally backed government in Mogadishu, carries out regular attacks in the capital, as well as against African Union troops in the countryside.

MPs split heads as anti-LGBTQ+ bill to be laid in Parliament...
24 minutes ago

Angola President in Ghana for 3day visit
29 minutes ago