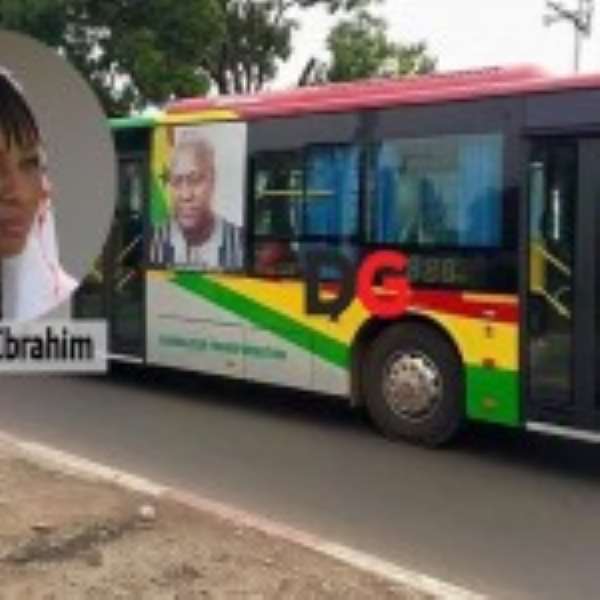 Before any government contract is awarded, it is expected to go through procurement processes including the selection of a suitable contractor to execute the project.

But a highly confidential leaked government document available to Citi News shows that such was not the case in the bus branding deal.

The document believed to be a report from the Attorney General after investigations into the deal, revealed that the branding executed by Smarttys was commenced and concluded long before the procurement process started, a conduct that violated the nation's procurement laws.

“The rebranding by Smarttys was commenced and concluded even before the procurement process began.

This fact has been confirmed by both Smarttys and the Ministry of Transport.

They attribute this lapse to the urgency attached to rebranding and spraying of the buses,” the report noted.

The report cited by Citi News further suggests that Ghana's presidency has been rather lenient in its handling of the bus branding scandal, since state officials both at the Transport and Finance Ministries broke a number of national laws in their supervision of the 3.6 million Ghana cedis contract.

“An analysis of the documents clearly shows that several public officers were involved in the procurement and payment process.

.
We therefore recommend that all officers who handled any aspect of these processes flouted the laid down legislation should investigated the Economic and Organised Crime Office [EOCO].”

It also added that after review of the state's contract with Smarttys, the Attorney General found that the state should not have paid Smarttys more than 1.7 million Ghana cedis for the branding project.

“Having regard to the above findings we are of the view that Smarttys charged and was paid more than it should have for the service it provided.

This situation would not have arisen if proper procurement processes had been observed and a value for money audit conducted.

In our view, judging from the quotes received from the local automobile companies, government should not have paid more than GHc1,700,120.49 for rebranding and spraying of the buses (this sum includes VAT and NHIL),” the report indicated. Background: Government's decision to spend GHc3.6 million of Ghana's oil revenue on branding some 116 Metro Mass Transit (MMT) buses has been widely criticized and described as reckless.

The scandal compelled the Transport Minister, Dzifa Attivor to resign after a massive public outcry.

The Chief of Staff, Julius Debrah subsequently ordered the Attorney General to investigate the matter after which Smarttys has been ordered to refund the excess payments made.