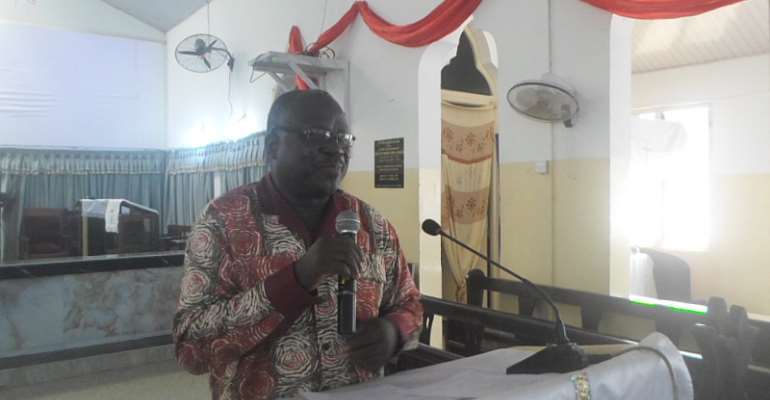 Hon. Kofi Ayeequaye said his administration would ensure transparency and accountability to culminate any negative perception of the assembly’s activities particularly in the municipality.

The Municipal Chief Executive stated these at a day’s forum and the launch of the first Social Public Expenditure and Financial Accountability (SPEFA) in Winneba.

He also tasked participants to take SPEFA project seriously since it is going to give voice to the voiceless and justified the need for accountability, saying about 60% of Ghana’s budget is being funded by donor agencies, however these agencies do not feel the social impact of their contributions on citizenry.

Mrs. Sarah Naa Dedei Agbey, the project manager of social Public Expenditure and Financial accountability (SPEFA) in her address stated that, the overall aim of the SPEFA is to improve citizens’ perception of urban management and increase their engagement with urban assemblies.

Mrs. Naa Dedei Agbey said, SPEFA is targeted at achieving consistent and high quality support for the developments and operationalization of civil society- led SPEFA processes in the MMDA’S to build the knowledge and capacities of civil society organisation, community based organisations and communities in social government public financial management to equip and engage MMDA’s and their sub-structures.

Mr. Francis Owusu Ansah, Municipal Coordinating Director for Effutu as part of his Submission disclosed that despite the well renowned educational institutions in the municipality, the municipality in 2014 and 2015 recorded zero per cent (0%) in Basic Education Certificate Examination , and said committee has been set up to look into the event to avert the situation.

The Forum was organized by the Osanko child Poverty Relief, an NGO in collaboration with the Effutu Municipal Assembly and was funded by the World Bank.

Participants were drawn from various institution s in the Municipality.

PARTICIPANTS AT HE SPEFA LAUNCH IN WINNEBA

We'll resist any attempt to impose Kennedy Kankam on us as K...
14 minutes ago