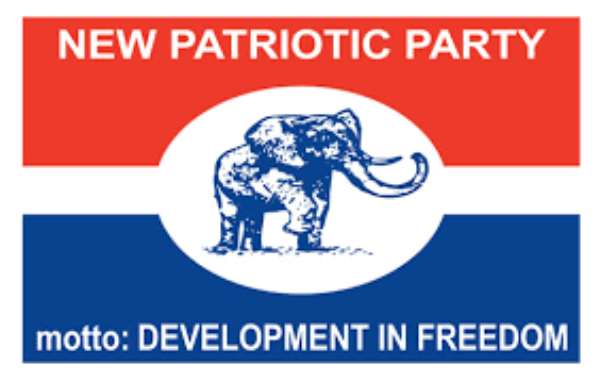 Agona Swedru (C/R), Jan. 27, GNA - The Agona West Constituency branch of the New Patriotic Party (NPP) has vowed to match the performance of the National Democratic Congress (NDC) at Agona Swedru Yalewa Zongo in the 2016 elections.

Mr Gibrine Tanko Toye, Vice Chairman of the Constituency, Yalewa Zongo since 1992 has been declared no go area for NPP, but the trend has been reversed.

Mr Toye made this known at the inauguration of the NPP sub-office at Yalewa Zongo in Agona Swedru.

The Vice Chairman said that myth has been broken by NPP through extra work coupled with the present economic hardships and other circumstances prevailing in the country.

Mr Toye said many residents have changed their mind this time to cast their votes for NPP as they claimed the NDC has disappointed them.

He said many in the Zongo Communities in the Agona West have reached the conclusion that the NDC would deceive them again if they vote for the party in the November elections.

Mr Toye said the NPP government under Nana Addo and Alhaji Dr Mamudu Bawumia would do everything possible to ensure that social amenities are provided to them.

He called on them to rally solidly behind Mrs Cynthia Morrison, the Parliamentary Candidate for Agona West and Nana Addo since they would never be disappointed.

Mr Kwadwo Addo, Agona West Constituency Chairman of NPP, praised the residents of Yalewa Zongo for giving their support to Nana Addo and Mrs Cynthia Morrison and appealed to them to maintain their decisions by voting massively for them.

Mrs Cynthia Morrison expressed appreciation to the residents of Yalewa Zongo for their unflinching supports to her and Nana Addo and expressed the hope that they would to vote for NPP on November elections.

She said two scholarships have been awarded to two pupils to attend school from primary one to Junior High School (JHS) three (3) at Maryland Montessori Learning Center at Agona Swedru.

Mrs Morrison, who is also the Director of Maryland Montessori Learning Center, said the offer formed part of her social contributions to the people of Yalewa Zongo.

A 20 -member friends of Nana Addo Dankwa Akufo-Addo and Mrs Cynthia Morrison was inaugurated to ensure increasing of votes.