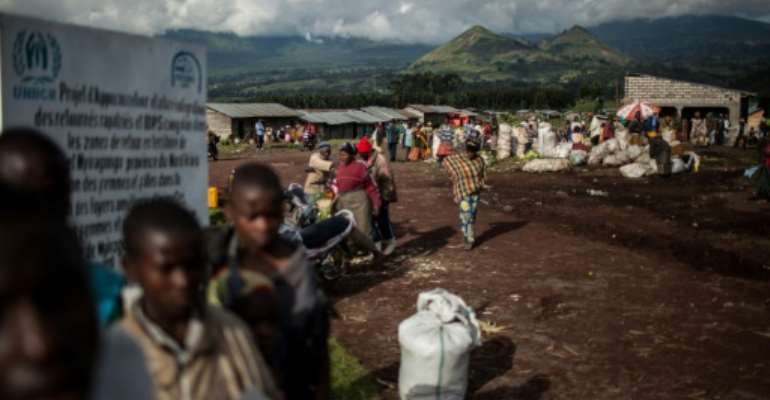 The UN rights chief in DR Congo says his office had "reported a dramatic rise in human rights violations" with the situation in North and South Kivu provinces among the worst affected. By Federico Scoppa (AFP/File)

Kinshasa (AFP) - The United Nations warned Wednesday of a sharp rise in rights abuses in the Democratic Republic of Congo, holding government officials responsible for half of them as political tensions rise ahead of uncertain presidential elections.

Jose Maria Aranaz, the UN's rights chief in DR Congo, told a press conference his office had "reported a dramatic rise in human rights violations" in 2015, a 64 percent increase in cases compared to 2014.

"In total, we have registered 3,847 violations of human rights violations in the territory," he said as he presented his annual report, adding that the situation in the nation's Orientale, as well as North and South Kivu regions were the worst affected.

Aranaz's office said 260 of the cases were linked to DR Congo's fraught electoral process, which has seen political tensions soar.

The opposition accuses President Joseph Kabila, in power since 2001, of trying to cling to power despite being banned under the constitution from running again after his mandate expires in December.

Last week some 5,000 people protested in the eastern city of Bukavu to demand the elections are held on schedule by the end of 2016. But as electoral registers are badly out of date, this appears increasingly unlikely.

Kabila, re-elected in 2011 after a vote marked by massive fraud, has proposed holding a "national dialogue" with a view to ensuring elections that would be peaceful, but delayed.

His opponents are split between those willing to take part in the process and those insisting the vote must be held on schedule, deriding the "national dialogue" as a stalling mechanism to keep Kabila in power.

The UN, rights groups and the opposition have repeatedly deplored political repression by Congolese authorities in recent months.

Aranaz said Wednesday that his office is concerned by a "reduction in the political space and the restriction of public freedoms" which he said "runs contrary to the spirit of credible elections".

Recent opposition protests in the capital Kinshasa and the southeastern city of Lubumbashi have been suppressed by police, including planned demonstrations to mark the death of dozens of people in anti-government riots a year ago.