Okyenhene goofed! There is more dev't in Akyem under NDC than under NPP- Koku 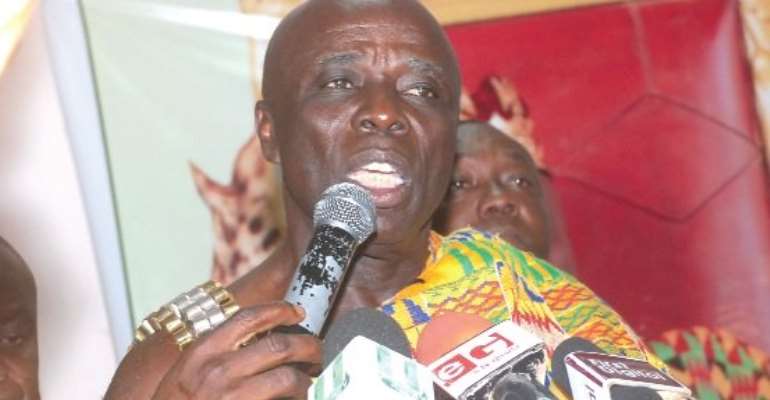 The National Democratic Congress has described as "unfortunate" and untrue accusations by the Okyenhene, Amoatia Oforipanin that the Mahama government has blacklisted people from Akyem.

Deputy General Secretary Koku Anyidoho told Joy News the accusations are baseless and does not support the facts on the ground.

Speaking at the Okyeman Congress, the Okyenhene said there is no single Akyem in the Mahama administration.

According to him, there is nobody in government who speaks for the people of Akyem Abuakwa.

He added the most popular, die-hard NDC fanatic in Akyem who is qualified to be employed remains unemployed. Who then will the Akyems rely on for development projects? he asked.

But his comments have not gone down well with the NDC.

Koku Anyidoho said it is not true there are no Akyems in the Mahama's administration.

He mentioned Victor Smith, Appiah Kubi, Ama Frimpong as some of natives of Akyem who are in the government of Mahama.

He also challenged claims made by the Okyenhene that Akyem has been denied development project under Mahama because there is no Akyem person in government.

He said Akyem has benefitted substantially from the development projects under the Mahama administration more than under the NPP government which had Akufo-Addo serving as cabinet minister and was MP for 12 years.

He accused the NPP flagbearer Nana Akufo-Addo of instituting an Akyem cabal in the NPP and ostracizing other members from different backgrounds.

"You would expect that his tribal leader, given the opportunity will try to walk this candidate out of that negative tag.

"Besides if you are linking Akyem to development, doing a reverse osmosis, eight years of Akufo-Addo as cabinet minister and 12 years as MP. Let us do the numbering and see how much more development has gone to Akyem Abuakwa under the NPP administration as compared to the NDC.