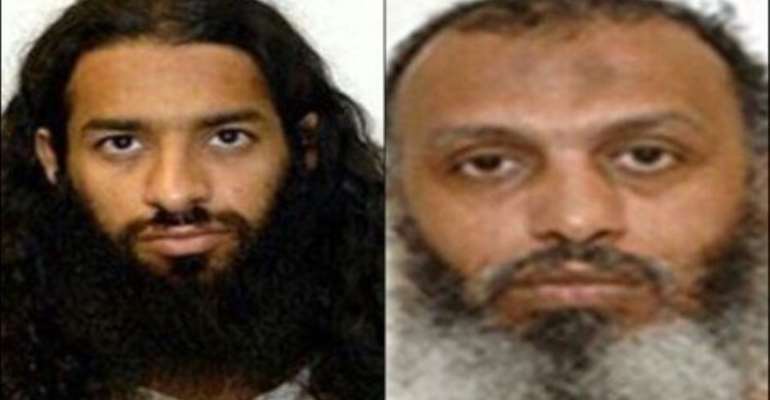 Security expert and a Research Associate on Conflict Management at the Kofi Annan International Peacekeeping and Training Centre (KAIPTC), Mustapha Abdallah has accused the American government of “bullying” Ghana because of its donor support.

According to him, the US sent the two ex-Guantanamo Bay detainees to Ghana because of the financial support that America has been giving to Ghana.

“Politically, economically, militarily, America is more powerful than us [Ghana]. Yes I agree with you that America is bullying weaker and small countries because of their powers and influence” Mustapha Abdallah told host of Adom FM’s “Burning Issues”, Afia Pokua on Wednesday January 13, 2016.

President John Mahama, at a subsequent media briefing, said Ghana’s National Security assessed and established that the two played “no operational role in Afghanistan” during the US’ war on terror after the September 2001 bombings and called on Ghanaians to show compassion to the two Yemini terror suspects.

He also defended his decision to accommodate them in Ghana, stressing that they pose no threat to Ghana’s national security.

But Mustapha Abdallah says America forced Ghana and other countries to accept the detainees because of financial and other support they offer.

"Because of America’s influence on Ghana, they always push things down our throat” he declared, adding that the decision to bring such people into the country is a bad idea.

Meanwhile, the Executive Director for Africa Center for International Law and Accountability, William Nyarko says there appears to be gaps in the narrative of both the US and Ghana governments about the threat Mahmud Umar Muhammad Bin Atef and Khalid Muhammad Salih Al-Dhuby pose to Ghana’s security.

He challenged Ghanaians to demand more answers from their government.