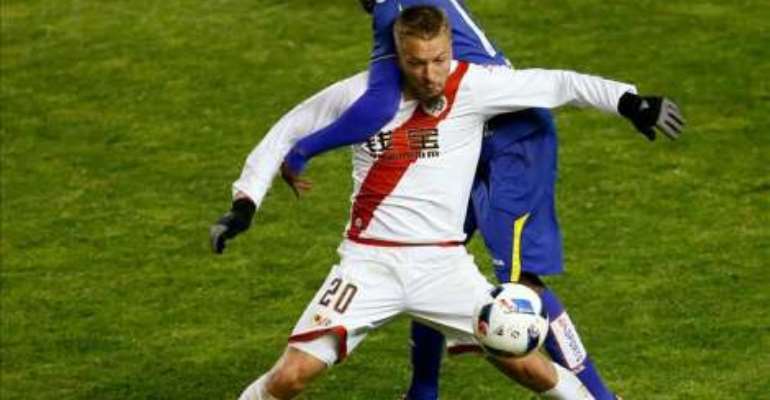 Bernard Mensah is not playing football as regularly as he hoped he would be with Getafe when his loan deal was sealed.

He joined Atletico Madrid from Victoria Guimaeres in the summer of 2015 on a transfer fee close to 10 million euros. Diego Simeone let him leave on loan to search for more game time, but so far this season he has only played a total of 47 minutes spread across 5 games for Getafe.

The last time Mensah started for a club side was in May last year, when he featured in Vitoria Guimaraes' 4-2 win at Academica, a match he played 51 minutes. For Getafe, he played a cameo role in Getafe's 1-0 win against Real Betis last Sunday, after he came on in the 87th minutes for captain Pedro Leon.

Getafe coach Fran Escriba has made it clear that he has no allegiances when picking his team and, although something has been lacking from their game in recent weeks, he has barely given the Ghanaian player the nod.

Mensah has had 0% chance of finding the back of the net anytime he took to the pitch to feature for Getafe, with 0% of shot accuracy.

Getafe have a busy schedule over the coming weeks, meaning that the manager will have plenty of games to try out different options to rediscover the side's best level of football and refine their game in the most demanding months of the season. Mensah hopes to be one of the chosen ones. He has already said as much: "This is a very big year for me." Now he needs to prove it.