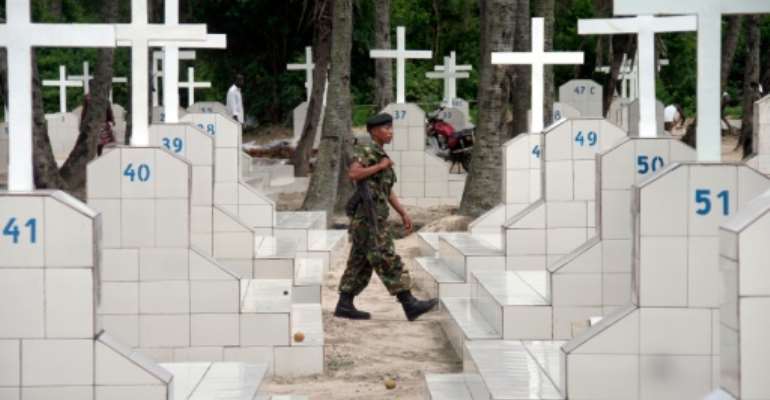 Burundi has suffered a dramatic rise in killings, arrests and detentions since President Pierre Nkurunziza launched his controversial bid to stand for a third term in April 2015. By Landry Nshimye (AFP/File)

Burundi has been sliding deeper into violence since President Pierre Nkurunziza announced in April his intention to run in elections last July.

The unrest has intensified since his re-election, with political assassinations on both sides, attacks against the police and summary executions.

"All the alarm signals, including the increasing ethnic dimension of the crisis, are flashing red," Zeid Ra'ad Al Hussein warned in a statement.

Zeid warned that "deeply worrying new trends are emerging in Burundi, including cases of sexual violence by security forces and a sharp increase in enforced disappearances and torture cases."

He called for an urgent investigation into a spike in violence in Bujumbura last month and witness accounts of at least nine mass graves in and around the capital, including one in a military camp allegedly containing more than 100 bodies of people killed on December 11.

"My office is analysing satellite images in an effort to shed more light on these extremely serious allegations," Zeid said.

The UN rights office's Africa expert, Scott Campbell, said a team of three experts was ready to deploy to Burundi to investigate grave crimes allegedly committed during the crisis, but so far Bujumbura has not cleared the group.

"Our plan is to deploy on January 25th... We are still waiting for a government response," Campbell told reporters.

"Our great hope is that these experts will receive visas."

Witness testimony suggests that the death toll from the December 11 attacks on three military bases was far higher than the official tally of 87.

"We have documented 13 cases of sexual violence against women, which began during the search and arrest operations that took place after the December events," he said.

"The pattern was similar in all cases: security forces allegedly entered the victims' houses, separated the women from their families, and raped – in some cases gang-raped – them," he added.

Police and army forces had also arrested "considerable numbers of young men, many of whom were later tortured, killed or taken to unknown destinations," Zeid said.

He voiced particular alarm at testimony from residents in various neighbourhoods indicating that the search operations following the December 11 violence had targeted Tutsis in particular.

One woman was told she was being sexually abused because she was Tutsi, and in Bujumbura's Nyakabiga neighbourhood, a witness claimed Tutsis "were systematically killed, while Hutus were spared," Zeid's office said.

"A complete breakdown in law and order is just around the corner," Zeid warned, stressing that with "the potentially lethal ethnic dimension starting to rear its head, this will inevitably end in disaster if the current rapidly deteriorating trajectory continues."

At least 439 people have died in the violence since April and tens of thousands have fled to neighbouring countries out of fear of a return to all-out war.

Burundi plunged into civil war on ethnic lines between majority Hutus and minority Tutsis in 1993, at a cost of an estimated 300,000 lives by the end of the conflict in 2006.