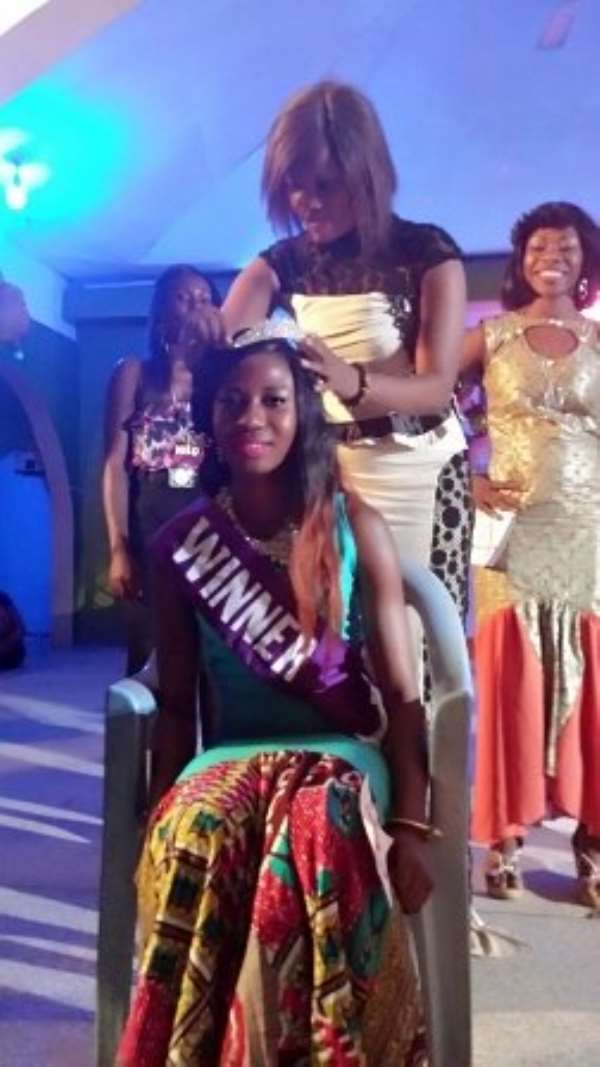 Akwatia (E/R), Jan. 7, GNA - Madam Priscilla Budu, the founder of the EBZ Foundation, has called on Ghanaian youth to initiate ideas that would fit into the national development agenda.

She said the youth are the future leaders and it is time they come on board with innovative thoughts that would move the nation forward.

Madam Budu said this when she spoke with the Ghana News Agency at the beauty pageant contest organized by her foundation, at Akwatia in the Denkyembour District of the Eastern Region.

She expressed the hope that pageant would be extended to the regional level by the end of this year and called on benevolent organizations and well-meaning individuals to support the initiative.

Miss Grace Gyanwaa came first out of eight beauty pageant contestants and received a fridge; the second had a gas cooker and a cylinder whilst the third got a standing fan.

As part of the programme, Madam Budu donated exercise books and other stationery to students in various schools in the area.