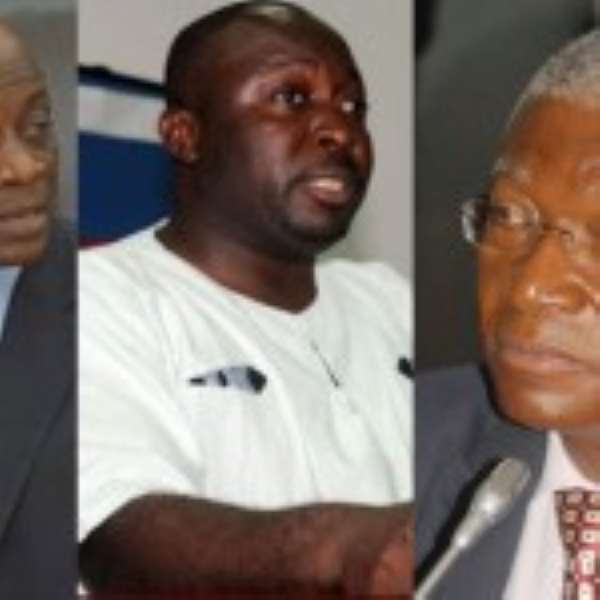 A major ministerial reshuffle that will sweep away key ministers in the Mahama administration and bring in fresh faces as Ghana enters election year is in the offing.

The reshuffle was to take place before the Christmas but upon a second thought the President decided to allow the existing ministers to have a merry Christmas with their families.

The ministers, who have been informed about the possible reshuffle, have started lobbying, using chiefs, religious leaders and other influential members of the society who can speak the language of the president, to intercede for them.

However, sources said the President is determined to carry through the reshuffle to make his administration water-tight in view of recent string of bad media reports, occasioned by alleged corrupt practices by his appointees. It is also meant to position his administration properly for the 2016 general elections.

The proposed massive reshuffle, which insiders describe as ruthless, is expected anytime from now with the Christmas holidays over.

DAILY GUIDE learnt that the resignation of the Transport Minister, Dzifa Aku Attivor, following the GH¢3.6 million bus rebranding scandal was only a dress rehearsal of the impending cabinet shake-up, as the minister was already penciled down for dismissal.

According to sources at the presidency, some key ministers, including the Finance Minister, Seth Terkper, may be affected by the reshuffle.

Mr Terkper, who has succeeded in weakening the country's economy, was said to have been rapping the president to entrust the management of the economy to him, but all his prescriptions have not yielded any tangible fruit – including the signing up to the IMF conditionalities.

The management of the economy has been the major headache of the Mahama administration, defying all prescriptions, including the Senchi Consensus which was the brain child of Vice President Kwesi Bekoe Amissah-Arthur, an economist and former Governor of the Bank of Ghana (BoG).

With the failure of 'Terkpernomic' to alleviate the suffering of Ghanaians, in spite of the claims being touted by the government spokespersons, the Finance Minister, who has been using the IMF programmes to clinch on to his position, may be shown the exit route this time around, even though the IMF is due to evaluate the Ghana programme and possibly release another tranche of the bail-out in January.

Also billed to be axed from the cabinet is Nii Osah Mills, Minister of Lands and Natural Resources, who joined the government barely a year ago.

A former Ghana Bar Association president, Lawyer Osah Mills is said to be encouraging Ga land owners – whose land have been taken over by the government – to file for compensation against the state to the displeasure of President Mahama.

Some Ga opinion leaders, including Nii Okaidja Adamafio, former Interior Minister in the Rawlings administration, lobbied for his inclusion in the Mahama administration.

The Sports Minister, Dr Mustapha Ahmed, is likely to be replaced since he lost his bid to represent the people of Ayawaso North in next year's parliamentary election – having been defeated in the NDC primaries held last month.

Dr Ahmed is said to have incurred the displeasure  of the President through his handling of the Black Queens' victory bonus for the All African Games in Congo Brazzaville.

A major beneficiary of the reshuffle may be Baba Jamal, current Deputy Minister of Employment and Labour Relations, who may be elevated to the position of Eastern Regional minster to make sure that the NDC's 50-50 votes agenda in the region is sustained.

The former Eastern Regional secretary of the party, Anthony Gyamapoh, is also in the race to unseat the current regional minister, Antwi Boasiako Sekyere.

Interestingly, Jamal himself may not be able to contest in the parliamentary election as he may likely lose in the NDC's primary at the Akwatia constituency where he is the incumbent MP.

He caused the postponement of the primary at the eleventh hour, citing national security situation, but the Akwatia NDC is bent on removing him.

Peter Anarfi Mensah, the Ashanti Regional Minster, may also kiss a good bye to the region and go back to the Tepa Senior High School – if the position is still vacant – having been minister for less than a year on the hot seat in the stronghold of the opposition.

The NDC members are complaining about his leadership style which may affect the party's ambition to win one million votes in the 2016 general elections.