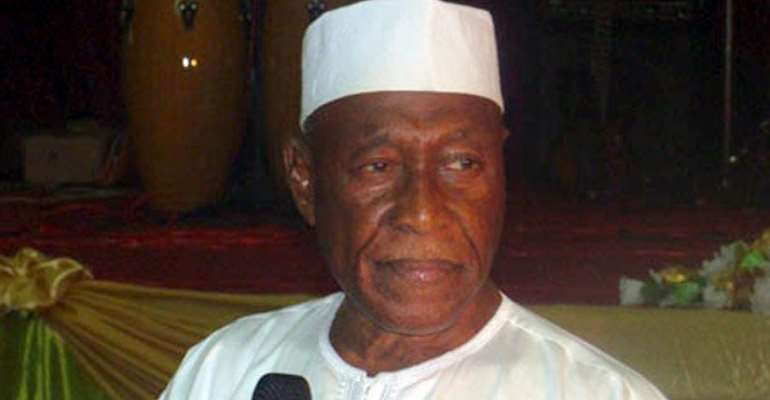 After lambasting Nana Akufo-Addo for what the big-time entrepreneur terms as the New Patriotic Party Presidential Candidate’s woeful lack of “wisdom” to be elected President of Ghana – he has yet to inform us about the level of President Mahama’s wisdom, if any at all, that qualifies this grossly incompetent Ghanaian leader to be reckoned as a better presidential material than the man he claims to have intimately befriended for quite a while now – Alhaji Asoma Banda now says that what he actually meant was that the three-time NPP Presidential Candidate lacks the requisite wisdom to unite the membership of the country’s main opposition party, and therefore Akufo-Addo logically lacks the wisdom to become President of Ghana (See “Nana Addo Has No Wisdom to Unite People – Alhaji Banda” TV3Network.com 12/24/15).

What is rather strange here is that the renowned Akufo-Addo critic does not specifically tell us why he thinks and/or believes that Ghana’s former Attorney-General and Minister of Justice, and later Foreign Minister, woefully lacks the flair for bringing people together, except to say that he and the widely acclaimed legal light have been good, perhaps even fast, friends for quite a long time; and also that he even once hosted a post-nuptial reception at his own private residence for the former New Patriotic Party Member of Parliament for Akyem-Abuakwa South. In academic parlance, this is what is called “Begging the Question.”

In sum, Alhaji Banda seems to think that merely being somewhat intimate with Akufo-Addo automatically explains off his rather condescending, damning and immitigably offensive and very public assault on the intelligence of the man. But what is equally fascinating, if also unmistakably contradictory, about Alhaji Banda’s rather caustic criticism of Akufo-Addo’s level of “wisdom” and/or “intelligence,” is that it well appears that sometime in the past, Alhaji Banda recognized enough common sense, intelligence and wisdom in Nana Akufo-Addo to prompt him to solicit the legal advice and services of the man he clearly appears to have lately fallen out with.

Well, it is absolutely none of my business to desire to enquire as to when and why Mr. Banda fell out of friendship with Nana Akufo-Addo; what is definitely my business, as a critically thinking journalist, is to demand, as a matter of fairness and social justice, that Alhaji Banda provide specific and intimate examples of what he claims to be his old friend’s abject lack of wisdom, or talent, in bringing people together or uniting the rank-and-file membership of the country’s largest liberal-democratic and progressive political organization.

You see, he may not have thought very critically about this, but the fact of the matter is that running a business, or businesses, such as Mr. Banda has been doing for decades now, is very different from running a nationwide democratic political organization whose rules of affiliation and engagement are consensually established. I am also quite certain that if Alhaji Banda had been confronted with the kind of insolence and intransigence so publicly and shamelessly displayed by Messrs. Afoko, Agyepong and Crabbe, he would have promptly sacked these three rascals from his company with absolutely no qualms, whatsoever, and would not have needed to consult with the several chains of disciplinary command that exist within the New Patriotic Party.

Maybe it may be worth something for Alhaji Asoma Banda to learn that yours truly’s own maternal grandparents who extensively traveled and worked in the Brong-Ahafo Region, including among the Banda people and their district, from whence the renowned business mogul hails, personally knew the parents of Alhaji Banda. The Rev. T. H. Sintim (1896-1982) worked as a missionary teacher and pastor for the Presbyterian Church of Ghana for some 60-odd years. Does this historical fact authorize me to make any uncomplimentary remarks about the general level of “intelligence” and “wisdom” of the Banda people?

And has Alhaji Banda ever afforded himself the time and opportunity to critically analyze and examine why, for instance, the distinguished and immortalized Mr. B. J. “Joe” da Rocha woefully failed in his yeomanly and very mature and civilized attempt to prevent Mr. Alan John Kwadwo Kyerematen, former President John Agyekum-Kufuor’s widely alleged favorite presidential candidate, from very publicly and undiplomatically deserting the New Patriotic Party in 2008, with only some 4 months before that historic year’s general election?

You see, let me tell you, Alhaji Banda, wisdom is not acquired by merely sporting gray hair or having bumps in the front part of one’s neck and a sagging skin under one’s tired chin. No! Wisdom is acquired through systematic and studious observation, careful participation and voracious learning from both past and present events and circumstances. These salient ingredients of true wisdom may be what you inadvisably, for reasons best known to yourself, vacated when you decided, rather unfortunately and imperiously, to play out of your league.