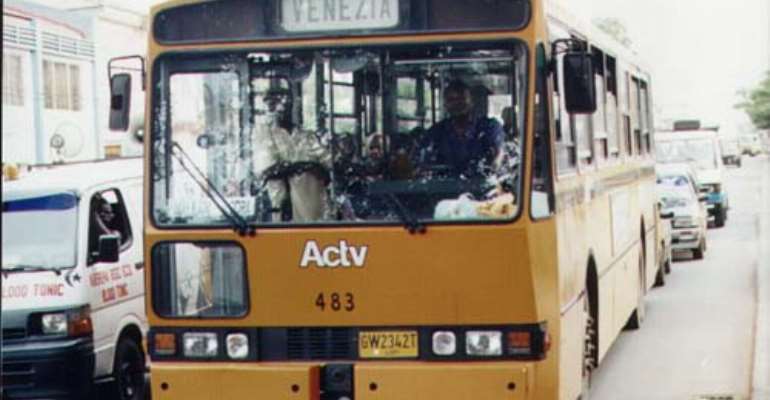 Kasoa, Nov. 5, GNA - A number of Kasoa residents working with state and public institutions in Accra have appealed to the government to commandeer a number of Metro Transport buses to convey workers to Accra early in the mornings to enable them to be punctual at their workplaces.

Some workers interviewed by the Ghana News Agency at Kasoa on Thursday said whereas they were eager to arrive at their workplaces early, the zeal in them was often constrained by the unavailability of ready transport.

The workers who want to remain anonymous said some of the arrived at the lorry stations as early as 05.00 hours but "sometimes we remain at the station up to 0900 hours without getting transport to go to work".

They said admission to the use of the buses must be by identity cards so that only workers would be commuted early enough to enhance productivity.

"Though traders could be considered, workers form the fulcrum upon which government machinery revolves and lateness would be a big draw back to the economy," one commented, adding that such a facility should be operated between 0600 hours and 0900 hours.