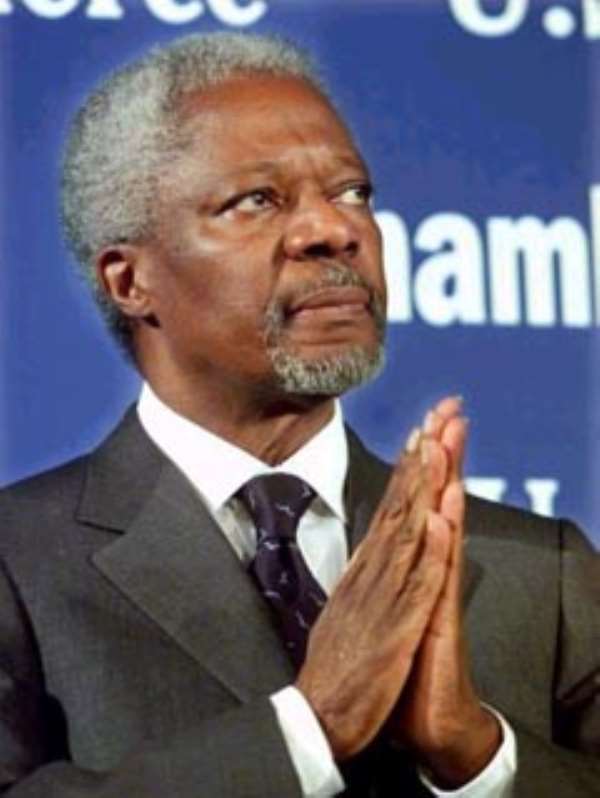 US presses him over sex claim The US has asked UN Secretary General Kofi Annan to explain why he overruled claims of sexual harassment against a senior member of staff. An American woman alleged that High Commissioner for Refugees Ruud Lubbers harassed her after a meeting in his office in Geneva last year.

An internal investigation into the allegation supported her complaint.

But Mr Annan said he rejected findings on the basis of legal advice that the charge was unsustainable in court.

Mr Lubbers, a former Dutch prime minister, denies the allegation, though he has acknowledged making a "friendly gesture" which was misunderstood by the woman.

The US Ambassador to the UN, John Danforth, said the discrepancy between the report and Mr Annan's decision needed clarification.

"We don't understand the basis for that disjuncture, and we'd be interested in learning more."

Mr Lubbers was cleared of improper conduct after the 51-year-old woman on his staff claimed he had groped her.

The UN's Office of Internal Oversight Services investigated the complaint and backed the woman's complaint.

In addition, the internal investigation recommended that "appropriate action" be taken.

Despite the recommendation, Mr Annan dismissed the complaint and instead wrote to Mr Lubbers stressing his concerns "in the strongest terms".

The investigation centred on allegations that Mr Lubbers and an unnamed manager at the UNHCR sexually harassed a woman on a total of three occasions.