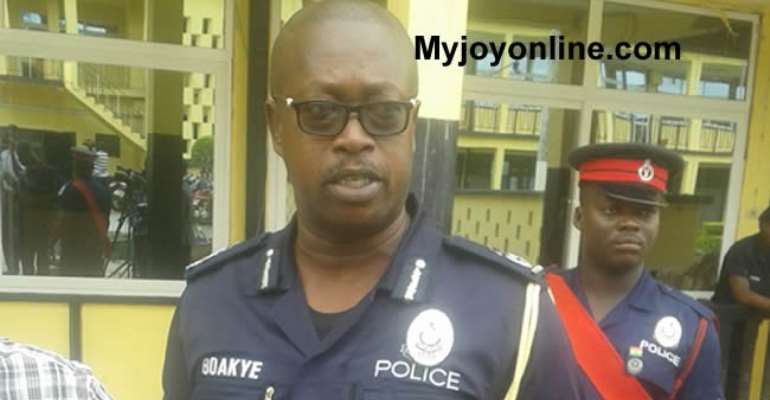 Police in the Ashanti Region have identified the killer of an NPP member at Asawase constituency, and have arrested his accomplices.

DCOP Kofi Boakye revealed this at a press conference in the regional capital, Kumasi, Monday.

“We are looking for Lebu who was holding a locally manufactured pistol and Dunia’ aka Muhammadu who actually stabbed Sadiq in a single ally after he had been chased by Lebu,” he stated.

Abubakar Saddiq was murdered Friday afternoon in an attack linked to the suspension of the party's National Chairman, Paul Afoko. Abubakar was stabbed a few meters away from the NPP constituency office in Asawase.

Reports indicate the assailants, who were on a motor bike, attacked Saddiq with machetes and quickly sped away.

Abubakar Saddiq was part of loyalists of NPP flagbearer, Nana Akufo-Addo, who locked up the Asawase Constituency office, Thursday in protest over comments made by the Chairman of the Constituency, Isaac Brenya in a radio interview.

Isaac Brenya had called on the 2016 NPP flagbearer Nana Akufo-Addo to step down.

Mr. Brenya who was in Accra during the interview was part of a demonstration against the party's decision to suspend Paul Afoko.

61-year-old father of the deceased who bears the same name with his son, Abubakar Saddiq wants those responsible for the murder punished.

According to the regional Police command, the Asawase NPP Chairman and one Bawa Musa also believed to be involved in the chasing of the deceased are in police custody to assist in investigation.

DCOP Kofi Boakye said because of the serious nature of the crime, the investigation is under the direct command of the Regional Police Commander and under the supervision of the Crime Officer.

He emphasized that the investigation is devoid of any partisan, tribal or sectional consideration.

“We would like people to allow the police to do their work. This is a murder investigation, all that we know is that somebody has been killed,” he stated.