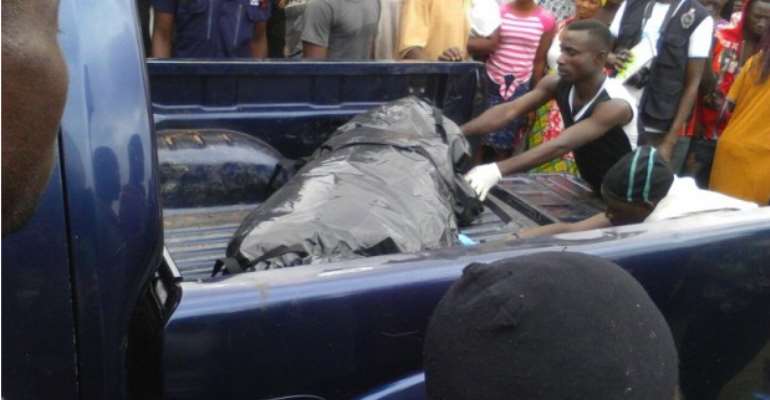 The Asawase constituency chairman of the opposition New Patriotic Party Isaac Brenya has been arrested by the Police over the killing of a fellow party member Abubakar Saddiq last Friday.

The weapon which was allegedly used in the murder has also been retrieved by the Police.

This was disclosed at a press conference in the Ashanti regional capital Kumasi today, Monday, November 9.

Four other people including, the constituency’s deputy women’s organiser are also in custody over the matter.

Saddique was allegedly killed by agitated supporters of the elephant family following fresh chaos that has arisen in the party after the suspension of its national chairman Paul Afoko.

Mr. Afoko has been slapped with an indefinite suspension by the national executive committee of the NPP over actions deemed inimical to the political fortunes of the party.