Akufo-Addo’s Visit To Manchester, UK: The Inside Story 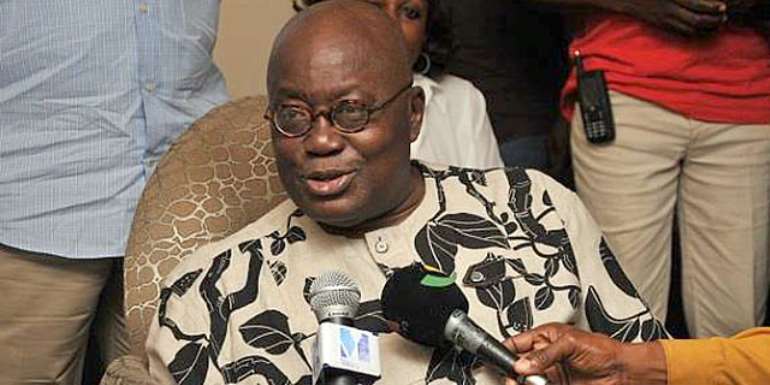 The NPP’s 2016 beleaguered Presidential Candidate, Nana Addo Dankwa Akufo-Addo has undertaken multiple trips abroad this year. Some of his trips are aimed at raising money to support his cash-strapped political campaign, which is yet to catch fire with barely a year to go. Can you believe Akufo-Addo still does not have a political campaign manager? Anyway, at other times, Akufo-Addo sneaks out of the country to see his doctors due to his poor health status.

I am reliably informed that one of the trips undertaken by Akufo-Addo this year took him to Manchester in the United Kingdom. He went there not only to buttress his point as to why Ghanaians must settle on him at all cost for President come 2016, but also drew his hat to take the bits and pieces and crumbs from the NPP members and supporters who went there to listen to him.

For the purposes of education, I would like readers to note that Manchester is one of the political hotbeds for the Pan-African Congress during its peace making initiatives towards the decolonization of Africa and the West Indies from the 1940s. As a result, Manchester, a city, and metropolitan borough in Greater Manchester, with a population of more than 500,000 people, hosted the fifth Pan African Congress in 1945, with the aim of demanding the end of colonial rule and end of racial discrimination, human rights, and equality of economic opportunity.

Ghana’s notable figures like Dr. Kwame Nkrumah, first President and other past political heavyweights like JB Danquah and Akufo-Addo’s own dad Edward Akufo-Addo all tasted the comfort of Manchester during Ghana’s political struggle towards self-government.

Therefore, Akufo-Addo’s trip to Manchester, which has a sizeable number of Ghanaians notably NPP members and supporters was viewed by his handlers as a familiar terrain.

And Nana Akufo-Addo did not proof them wrong. When he mounted the podium to speak, the supporters realized that there was no passion in the speech and Akufo-Addo was in a hurry to leave.

After the speech, Akufo-Addo’s handlers including his “Campaign Manager” and wife, Rebecca, told the audience that they would allow only two questions. Nothing more! This statement took many in the crowd aback since they had waited for all this while to know exactly what is happening in the NPP and measures Akufo-Addo had taken to resolve them.

The first question was shot! The questioner enumerated what they are hearing from Ghana concerning the unnecessary infighting and daily power play, which is tearing the NPP apart, and pointedly asked Nana Akufo-Addo what he was doing as the flagbearer to resolve all the mounting issues and bring the party together before the first vote is cast in the 2016 Elections.

Nana Akufo-Addo took the microphone and his answer shocked the crowd. He told the audience that he was equally unhappy with the current wrangling in the NPP, and had tried his best to resolve all the issues but to no avail. He went on to say that the more he tries to bring the party together the more the problems emerge, therefore he was frustrated and do not know what to do again. “I’ve done my best and do not what to do again,” added Nana Akufo-Addo. The crowd saw Akufo-Addo throwing his arms in the air as if he was fed up or has no clue as to what to do again to bring the NPP together.

Bam! The crowd did not like the answer Akufo-Addo gave. At least it showed on their faces. Then the follow-up question came. Someone among the audience who was not happy at all, told Akufo-Addo that since he was at the meeting not only to seek their support but also their ‘’pockets”, they needed to know exactly the measures he had instituted to stop the deep seated problems that is tearing the NPP apart. The person who asked the question further asked Akufo-Addo why as the flagbearer he had allowed these problems to fester on whilst the NPP leadership continues to exert their power play on radio and television daily.

The questioner finally told Akufo-Addo that they the audience will not commit their monies to his campaign if they are not convinced that their monies or investments in the NPP will not go down the drain.

Akufo-Addo had heard enough “garbage” from the questioner. He started fuming. Reports had it that Akufo-Addo did not understand upon what authority that man was asking him too many questions. Therefore, when he took the microphone, instead of him answering the question, he was so angry that he questioned if the asker was indeed an NPP member or a planted NDC sympathiser.

Again, the crowd was held spellbound. Many among the audience had heard that Akufo-Addo has the tendency of behaving as, “He Who Must Be Obeyed”, but they realized that they were seeing that character trait live for the first time. The crowd saw in full glare Akufo-Addo’s attitude of wanting to be treated as King with the NPP subjects having no moral authority of questioning anything that he does.

Many of the people at the political event in Manchester left questioning whether Akufo-Addo is the right person to rule Ghana. Some harboured the fear that if Akufo-Addo ever becomes President of Ghana, he will surely throw the laws of Ghana overboard and rule the country as the “King Who Must Be Obeyed”.