Gov't will NOT increase fuel prices 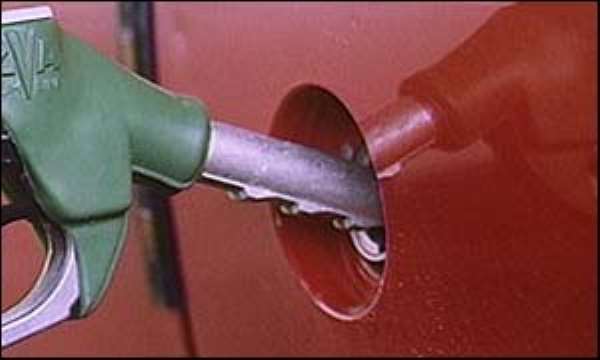 Accra, Oct. 14, GNA - Government has not decided to pass on the high prices of crude oil on the world market to the domestic market, President John Agyekum Kufuor said in Accra on Thursday.

President Kufuor, who was addressing the Central Executive Committee of the Ghana Chamber of Commerce and Industry who paid a courtesy call on him at the Castle, Osu, said a major bottleneck in the management of the economy was the high crude oil price of about 54 dollars a barrel currently on the world market.

"Sooner or later we might have to be realistic but the Government has not decided to pass on this high price of crude oil to the domestic market", he said.

President Kufuor said the Government's role was to balance responsibility in the management of the economy, "if it abdicates such responsibility the economy would cave in or be destroyed and chaos may take over".

He said the Government had the responsibility to manage the economy and had had to take harsh measures including the increase in the prices of petroleum products.

President Kufuor explained that when the Government decided to increase the prices of petroleum products it took upon itself to negotiate with its development partners that this year it would withhold increases on petroleum products no matter the price of crude oil on the world market.

He said: "The Government has reserves, an indication that the economy has been well managed and took into account the unexpected increases and truly the Government could absorb any increases".

President Kufuor gave the assurance that the Government had put in place the necessary measures in order that any increases would not subvert or take over the economic achievements made so far.

He asked the private sector not to be perturbed by any increases in the price of crude oil on the world market because by the Government's own calculations and the performance of the economy so far, whatever the increase, the nation would be able to take it in its strides and the business community would be able to cope with it.

"The increases in the price of crude oil are not natural but forced by unnatural causes such as wars and strike actions, these unusual increases are not expected to last. With sound management we expect these prices to come down", he said.

President Kufuor said for the past three years the Government was forced to undertake some hard measures to resuscitate the economy but now that the economy was attaining normalcy and had stabilised the increase in the payment of the 7.5 per cent from five per cent of turnover paid, as withholding tax would be reviewed.

He said on Long Term Financing, the issue on Venture Capital was a critical policy in industry and next year it would become a reality for the business community after its ratification by Parliament.

President Kufuor called on members of the Chamber to study trade policies being implemented by the World Trade Organisation (WTO), Regional and Multi-lateral trade associations on the world market in order to consult and advice the Government to enable it to play a more relevant role to promote Ghanaian businesses.

He pledged the Government's commitment to unleash legitimate wealth to Ghanaians and called for more support from the Chamber.

"We are practical about this, that is why we support the private sector to create wealth, generate more money into the pockets of the people. We are on the right path and need the support of the business community to build a solid foundation for an accelerated growth. "We are committed to lift Ghana from the stagnation of economic growth to a middle income generation country", he said.

Mr Wilson Atta Krofah, First Vice President of the Chamber, commended the Government for the effective and efficient management of the economy for business to thrive.

He called on the Government to pursue a policy of economic growth for the people to feel it in their pockets and pay more attention to the modernisation of agriculture.

Mr Krofah appealed to the Government to ensure that more professional and competent personnel were appointed to administer the districts and rural areas for development.