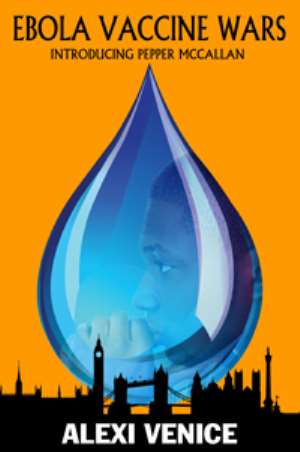 Venice provides a transformative window into greed, revenge and survival in a compelling debut novel that introduces readers to Pepper McCallan, a consultant to the U.S. Counterterrorism Agency.

Eau Claire, WI, September 01, 2015 — In her thought provoking debut novel ‘ Ebola Vaccine Wars ’ (eBookIt.com; August 2015), Alexi Venice expertly transports the reader to a not-so-distant future faced with an Ebola pandemic that is on the cusp of wiping out humanity.

Venice introduces Pepper McCallan, a beautiful professional who overcomes personal tragedy to enter the world of counterterrorism, and who continues to appear in this series of books by Venice.

‘Ebola Vaccine Wars’ takes the reader through grief, injustice and anger in a well-crafted story featuring Joseph “Diji” Owusu, his struggle with Ebola in his

native Nigerian village, and his curiosity about the vaccine trial that was inflicted on his tribe. Diji is torn between a safe path of medical school and love in Austria versus joining forces with BodyTruth Worldwide, an anti-Big Pharma group.

David Arnout is the head of Futuraceutical Company. His raw ambition drives him on his personal quest to win the race for an Ebola vaccine, anticipating the sales revenue will make him a wealthy man. Venice lays the groundwork for a collision course between Futuraceutical Company and BodyTruth Worldwide in hot spots around the world.

Pepper McCallan is a hardworking mom who doesn’t understand why her family and employer, Futuraceutical Company, are under attack. Will she survive the attack? Will her marriage survive? Will she keep her job? Will she be able to help Brent Cahill, a roughhewn U.S. Counterterrorism Agent, solve the terror plot against Futuraceutical as they travel to remote, unfamiliar and often dangerous destinations?

Venice navigates the darkest of human emotions and emerges with a heroine whose strength surprises herself, setting up the reader for a gritty, fast-paced book about a nerve gas attack perpetuated by drones in the next Pepper McCallan installment, ‘Svea's Sins.’

'Ebola Vaccine Wars' is published by eBookIt.com . Go to www.alexivenice.com for more information. You can buy her books on Amazon.com under Alexi Venice .

About the Author
Alexi Venice is a thriller-romance writer who has been practicing law for 26 years. She incorporates science and technology into her fiction and makes it a point to visit most of the destinations described in her books, as well as to engage in Pepper’s activities in the books, including boxing and wake boarding. She is the president of the Hot Mama Water Ski Club and loves outdoor biking and playing on the lake with her Duck Tolling Retriever, Daisy. She is married and lives with her husband in Wisconsin.

Venice has pledged to donate the 2015 profits from ‘Ebola Vaccine Wars’ to Mayo Clinic Health System to raise awareness about the need for an Ebola vaccine.

About eBookIt.com
Since 2010, eBookIt.com (based in Sudbury, Massachusetts) has helped thousands of authors and publishers get their books converted to ebook format, and distributed to all the major ebook retailers, including Amazon.com, Barnesandnoble.com, Apple iBookstore, Kobo, Sony Readerstore, Ingram Digital, and Google eBookstore. 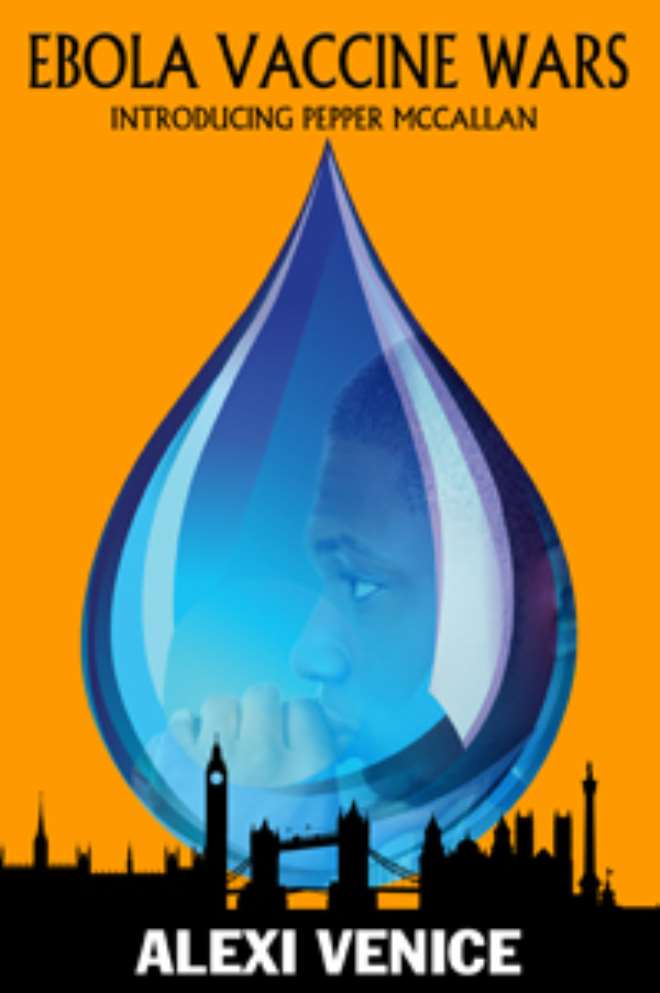