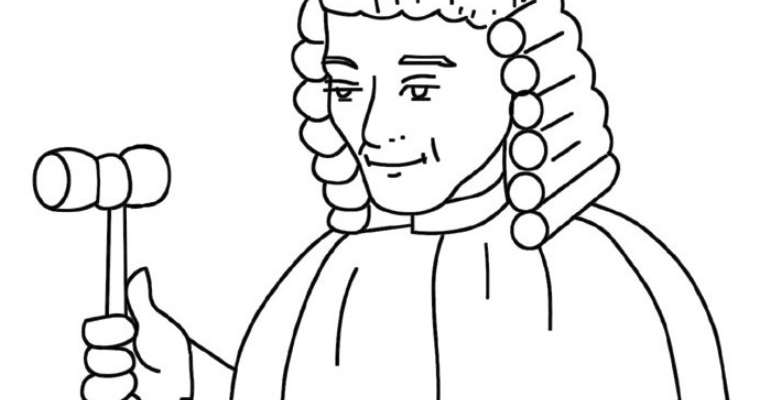 The Akyem Swedru Circuit Court judge who gave an order for a goat thief to be paraded on the streets of the town has been asked to proceed on leave.

A source close to the court in Akyem Swedru, who disclosed this to the Daily Graphic, said the decision was to enable the Judicial Service to conduct in-depth investigation into the conduct of the judge.

In a sentence reminiscent of punishments associated with local shrines, the judge, Mr Emmanuel Brew, on August 21, 2015 ordered the thief to hang the stolen animal around his neck, together with a placard with the inscription, 'I am a goat thief'.

The convict, Stephen Ohene Agyekum, was paraded through the principal streets of the town under police escort and under the close watch of many residents of the town, who cast invective at him. Resentment

The judge's action has been condemned by some lawyers, who said that such punishment had not been prescribed under the laws of Ghana.

Last week, the Judicial Secretary, Mr Justice Alex B. Opoku-Acheampong, in an interview with the Daily Graphic, said the matter had been referred to a committee for investigation.

He said the investigation was to unravel what actually transpired in the courtroom at Akyem Swedru. Facts

The facts of the case, as presented by the prosecutor, Detective Chief Inspector R. K. Sabbah, were that Agyekum, 30, an ex-convict, and two others now at large, stole a goat belonging to Madam Vida Yeboah at Akyem Swedru on August 20, 2015 and sold it to Madam Veronica Adwoa Opare for GH¢65.

Madam Opare kept the goat in her kitchen and went out. On her return home, she met the convict, who had broken into the kitchen, untied the goat and was about to take it away.

She held the convict and, with the help of some men, sent him to the Akyem Swedru Police Station and lodged a complaint.

During police interrogation, Agyekum admitted having stolen the animal with the two others to sell in order to get their daily bread, as he found it very difficult to make ends meet after he was recently released from prison. Plea and sentence

After pleading guilty, Agyekum implored the judge to temper justice with mercy, saying he would not commit such an offence again.

However, after studying Agyekum's charges of conspiracy, unlawful entry, causing damage and stealing, Mr Brew ordered him to carry the goat around his neck, together with the placard, and parade the principal streets of Akyem Swedru as his sentence.