A Letter for Posterity Part 8: Ghana’s Pride Is Your Pride, Her Humiliation Is Yours 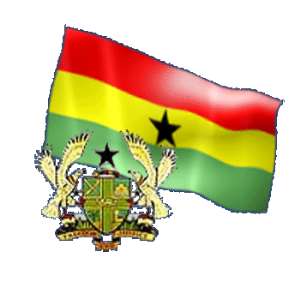 The Holy Bible indicates that man’s enemy will come from his own household. Again, an Akan proverb says, ‘The animal which will bite you can be found in your cloth’ but, the saddest of these is the saying in Akan that, ‘There is nothing painful than to be slashed by the gravels in your own compound’. This is what happened to the image of Ghana at the mundial, which was held in Brazil in 2014.

Ghanaians sent with the responsibility to hoist Ghana’s flag high among the community of nations did nothing, but only render the nation as a laughing stock.

Many football lovers are still living with the pain of Brazil 2014 World Cup. The ardent follower of Ghana football tipped the Senior National Team, the Black Stars to excel. This was hinged upon the successes of the previous performances in Germany 2006 and a strong build up in South Africa 2010. Indeed at the 2010 edition, it took the infamous goal line clearance by a Uruguayan with gnashing teeth to deny Ghana a place at the semifinal. Therefore, going to the World Cup 2014, hopes were very high. But that was not to be. Why? That is the trillion cedi question.

The Players, Technical Team and the Ghana Football Association as well as the Ministry of Youth and Sports, including the then sector Minister, Hon. Elvis Afriyie Ankrah and his Deputy have all not been spared the tag “Unpatriotic”. Comparing the previous performances to Brazil 2014, the perfect word that can describe it is “Shameful”. Varied reasons have been given, but this piece will interrogate it feather for posterity sake.

We all talk about planning, but few graduates into strategic planning, which is deciding where you want to be in future and how to get there. Filtering through documents published by the print media, the problems which culminated in the shambolic self-disposition at the quadrennial fiesta started from home, Ghana. But, lack of purpose reasoning made whoever was in charge decided to ignore or bury the head in the sand even though the writings were clear on the wall. The argument that players are always paid in cash smiles of worn out excuse of not being in tune with time.

All times and periods are not the same. Again, why did the Ghana Football Association (GFA) refuse to allow the Federation of International Football Associations FIFA, which opted to electronically transfer into the players accounts the said Appearance Fees? If the players were paid in cash at tournaments, what prevented the authorities to improve on this by paying them before enplaning to Brazil?

The Football Association authorities have always been sweeping these incidences under the carpet. These officials have been making light of such player agitations after every tournament and had been up in arms against pressmen who dare report same. Indeed some media persons have been barred from traveling with the FA to tournaments. These forbidden media men are said to be too loose mouth with dripping ink in hand, who will stop at nothing of letting the cat out of the bag. Such issues are swept under the carpet when a national team is successful. Incidences of this nature come to the fore only when the team crushes out of a tournament. How long are we going to play the denial game to the detriment of the success of our national teams?

The players equally cannot escape blame and also must be told without any shred of restrictions that, though they felt deceived with failed promises as to when they will receive their appearance fees, they do not have any reason to treat the flag and pride of Ghana the way they did. The nation’s ego has been bruised. Among the community of nations, they were to consider the dishonor their behaviour would impact on the dignity of this dear nation, but, alas. They heeded and got all their attention arrested and flooded with the issue of money. With lose of concentration, the team could only secure a point out of a possible 9.

This made it the worse of the Senior National Team the Black Stars’ outing, especially on their three world cup appearances. Would it not have been better for the team to have given off their best and later made their case to the people of Ghana and the world? We did not only get kicked out at the group stage, but swam in controversy, scandal and disgrace. The players simply embarrassed themselves and the nation.

Additionally, the feet dragging on the part of the government did not help matters. We are raised to seek our personal well-being instead of the collective good. Hence, the government should have known better and paid the players before they enplaned to Brazil. We ended up as laughing stock. The reasons which informed the government to gamble with the emotion and passion of the nation has proven quiet costly.

The reputation of one’s nation is linked up to the fellow’s self-esteem. Therefore, you are to ensure at all times that, Ghana is well represented whenever you have such confidence reposed in you. Money should not define your responsibility of patriotism you owe to your country. United State of America is alleged to be the greatest nation on earth. However, this has been achieved over the years by Americans. Hence, nothing should be sandwiched between you and your loyalty to Ghana. As you grow to read about this unfortunate act, it should inform you to beware of certain influences that can affect the national pride. A film production company wants to produce a movie out of the very disgraceful action a section of citizens brought upon Ghana in Brazil. Oh, what a shame!

Many are the occasions when citizens of this great nation has sacrifice Ghana’s pride on the altar of parochial expediency. Putting personal interest in place of one’s nation and the greater citizenry will always smack of disrespect and disregard. Such behaviours must be discontinued and well-meaning Ghanaians should frown on and show high sense of abhorrence.

The fellow citizens who were delegated to Brazil 2014 to compete for honours among other football nations’ exhibited grave disservice to the image and sovereignty of Ghana. However, it’s a lesson for you to learn from. We should not crucify these fellow citizens outright, rather let their reaction in the face of personal gains engineer in you an unconditional love for your country. Never allow the actions of other citizens bereft of love for Ghana urge you to pursue yourself interest. Among the community of nations’ you remain the medium through which the Ghana’s quest to remain the gate way to Africa can be attained. Do Ghana a favour; try to call the patriotism in you, when the inner urge for self-glorification comes into play.

Love for your nation first is with a better taste than one’s self. Without Ghana you are but nothing. Surprised, if you are a citizen of Somalia – with all apologies - then you will understand what it means to be a Ghanaian. The glory of Ghana is your fame. Look at no one who is ill fated to fail to affect your passion for Ghana. Do not let it be lost on you that, without the glory of Ghana, you will remain shamed for good.

“If we are marked to die, we are enough to do our country loss and if to live, the fewer men, the greater share of honour” William Shakespeare