UN says S.Sudan abduction of 12 staff may be war crime 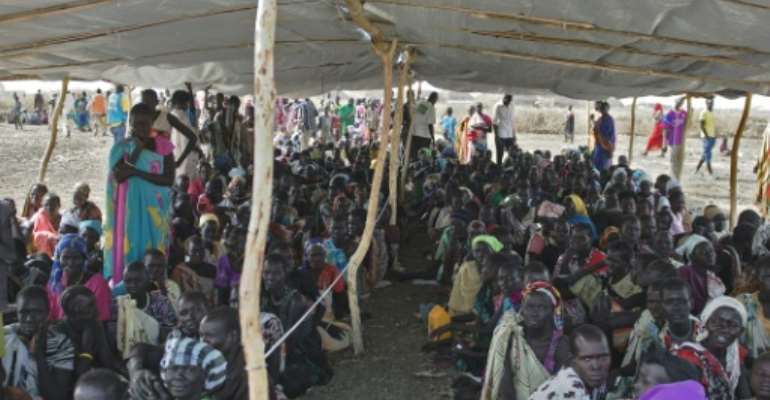 Juba (AFP) - The United Nations' chief in South Sudan called for the immediate release of 12 UN colleagues seized by rebels, warning their capture was a possible war crime.

The US State Department later joined in condemning the capture of 30 UN peacekeepers and staff members by rebel fighters, saying that such attacks "could constitute war crimes" and lead to UN sanctions.

Around 100 rebel fighters, who have been battling the government for almost two years, seized the 30 members of the UN peacekeeping mission in South Sudan (UNMISS) on Monday.

While 18 Bangladeshi peacekeepers were later freed, 12 South Sudanese working for UNMISS are still being held. All were on a river barge carrying fuel for the UN mission.

"I am adamant that the taking of UNMISS personnel as hostages is equivalent to an attack on the UN," Ellen Margrethe Loj said Friday.

"Such attacks against UN peacekeepers and other personnel may constitute a war crime."

The State Department, in a statement from spokesman John Kirby, called on both sides in the civil war to immediately allow "free and unfettered access by UN and humanitarian personnel," adding that some 30,000 people faced "catastrophic levels of food insecurity and the likelihood of famine."

South Sudan's army on Thursday claimed the UN barges had supplied fuel and "logistic items" to rebel general Gabriel Tanginya, a powerful warlord in the oil-zone areas of Upper Nile.

But Loj rejected those accusations.

"All of the fuel cargo was intended for resupplying the UNMISS base," she said.

Some 12,500 peacekeepers are deployed in South Sudan, which has been wracked by conflict since December 2013.

Tens of thousands of people have been killed, and UN-backed experts have warned of the "concrete risk of famine" before the end of the year, if fighting continues and aid does not reach the hardest hit areas.

Both sides are accused of having perpetrated ethnic massacres, recruited and killed children and carried out widespread rape, torture and forced displacement of populations to "cleanse" areas of their opponents.

Some 3.9 million people are in crisis -- a third of the country's population -- a massive 80 percent rise compared to the same period last year, the UN said.