NHIS Funding Gap Today Was Predicted By ILO In 2005 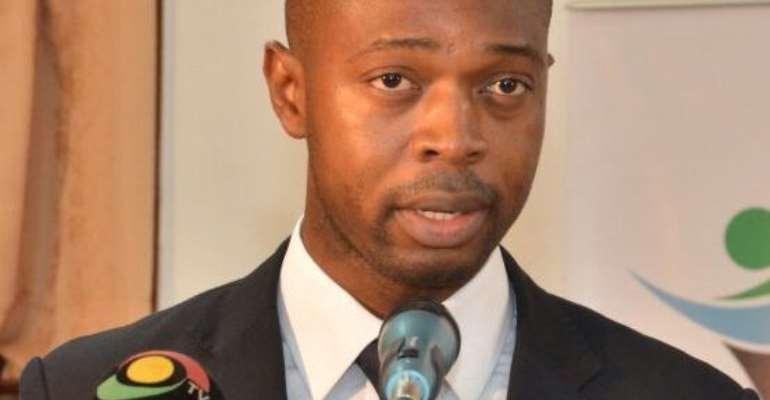 The news media have recently been replete with issues of the current sustainability challenge the National Health Insurance Scheme is saddled with. For many people who have followed the history of health financing in Ghana, especially the establishment of the NHIS and its evolution through its decade long journey, this comes as no surprise.

Prior to the full implementation of the NHIS, the International Labour Organization (ILO), offered to undertake a financial analysis of the National Health Budget and the Scheme to support the Government’s efforts. The financial study and actuarial projection entailed an assessment of the costs involved in providing public healthcare and financing same over a ten-year period including the national health insurance scheme to be introduced.

The findings of the financial modelling and simulation were put in a report titled, “Improving Social Protection for the Poor: Health Insurance in Ghana,” published in March, 2005. The report mentioned that a rapid growth in membership of the scheme coupled with rising healthcare costs over a five year period will result in high expenditure of the Scheme (due to claims and other operational expenses) leading to a funding gap. It added that “the faster the extension of actual insurance coverage, the earlier that imbalance could emerge.”

NHIS’ figures provide that membership of the scheme as at December 31, 2014 stood at 10.2 million, with an outpatient utilization of 29 million. The accompanying claims expenditure for the year stood in excess of nine hundred and sixty million cedis (960 million GHC). According to the 2010 annual report of the NHIS, the Scheme’s membership was 1.3 million in 2005 with a corresponding claims figure of five hundred and ninety-seven thousand, eight hundred and fifty nine Ghana cedis (597,859 GHC). Comparing these two – 2005 and 2014 – gives a clear picture of how the scheme has grown and the financial obligations it carries today.

NHIS funding sources
The NHIS is currently financed by pooled contributions from a Value Added Tax of 2.5% earmarked National Health Insurance Levy, 2.5% of Social Security contributions from formal sector workers, insurance premiums from informal sector workers which range from 7.2 to 48.0 cedis per person per year, and investment income or interest earned on National Health Insurance Fund reserves. Over 70% of the Scheme’s expenditure comes from the 2.5% NHIL.

Social protection, NHIS and Sustainability
The NHIS is a social protection program. Many still remember the grim health financing situation prior to the establishment of the NHIS. Quacks had a booming industry because their services were cheaper. The health of the nation was at risk.

This is why the coming of the NHIS has been such a great relief to all and indeed, the scheme has lived up to the billing. However, a social protection program such as the NHIS cannot operate in perpetuity without periodic redefinition of its sustainability period. This is because, social protection programs are usually not-for-profit and in our part of the world it is difficult to make it self-sustaining. The citizenry must therefore be encouraged and persuaded to pay a bit more for their health.

Issue of funding
As the NHIS grows, it is scaling one difficulty after the other. In the immediate past, it was a problem of delay in releases from the national treasury of what’s due the Scheme. For the last three years, the growth in numbers of the Scheme has rendered its funding sources as identified above, inadequate. Inadequate for good reason because the boundaries of the Scheme have extended to accommodate more people who otherwise would have been left uncovered. While on one hand this must call for some celebration since the objective of the scheme is being realized and many more are getting access to healthcare, on the other hand, the burden of the financial implication the growing membership and utilization pose to the Scheme, appears scary.

Funding gap
The NHIA must not shy away from facing the fact of the financial difficulty it finds itself in today. Let’s face it, if every penny due the Scheme as levied by the Finance Ministry, revenue agencies and the other income sources were collected and given to the NHIA today for the year even in advance, that money would not be enough to settle claims bills incurred as a result of people’s patronage of the Scheme for the year. A funding gap therefore exists.

In 2013 for instance, after all collections had been made and transferred, it could only settle claims bills up to September. This has been an issue for some time now and it has become a case of taking part of an ensuing year’s revenue collected to settle arrears for the previous year. This is the real challenge that is presently occupying the minds of administrators of the scheme and managers of the national treasury as well.

An equivalent of the NHIS is UK’s National Health Service (NHS), though it is slightly different conceptually from the health insurance system Ghana practices. It is one of the best health systems in the world and yet the 70-year old NHS too is facing sustainability challenges and it has been said that about £1.5 billion additional funding is needed to save it from crashing before the end of 2015. A £30 billion annual funding shortfall has been predicted to arise by 2020.

Last year, the BBC reported that the NHS in England faces a funding gap of up to £2 billion, about 2% of its budget, for the next financial year.

The UK example helps to appreciate the dynamics of financing healthcare and the need to regularly or periodically review sustainability periods which should come with additional inflows.

Unsustainable cost structure
At an October, 2014 NHIS Stakeholder Dialogue on the Scheme’s benefit package, participants after considering a holistic overview of the NHIS and its financial challenges concluded that the current cost structure of the scheme was not sustainable. They observed that the benefit package of the scheme right from inception was too generous; an observation, they surmised, added to the financial viability challenge of the NHIS.

Section 29 of the NHIS enabling law, Act 852 exempts almost 70% of the membership of the scheme from paying premiums. Apart from the fact that the NHIS premium has remained static despite rising costs of medical consumables and inflation, the stakeholders were of the view that the exemption policy as dictated by the law is not equitable.

Perhaps, a review of that part of the law may be imperative. The current state of affairs even raises equity issues

How about efficiency measures?
The NHIA in the last five years has prolonged the onset of this ILO funding gap projection by introducing a raft of efficiency gain measures to ensure that the scheme keeps running. Some of these include the institution of clinical audit functions, centralization of claims management at zonally cited Claims Processing Centres, provider payment reforms (capitation), electronic claims management, the biometric membership solution, etc, and these have been immensely beneficial.

However, no matter the number of these measures introduced, it cannot be substituted with the dire need for additional funding. Efficiency measures alone cannot salvage the scheme.

Way forward
Currently, as predicted about a decade ago by the ILO, NHIS expenditures have exceeded revenues, with the differential increasing yearly. A number of measures were recommended by stakeholders at the October 2014 conference and a few of them include streamlining the exemption policy, reviewing the premium rates and injection of additional funds into the scheme since inflows have become inadequate due to growing obligations.

These additional funding sources were thus suggested and have indeed been mentioned many times; a 1.5% increase in NHIL/VAT, allocation of 25% of the Communications Service Tax, a transfer of a portion of the oil and gas revenue to cater for the health needs of the country and a few others.

As pointed out by the 2005 ILO report, “the government of Ghana will probably either have to bear a higher share of the public health expenditure bill, or it would have to introduce higher premiums to the district insurance schemes, higher formal sector contributions and/or a higher health levy or a suitable combination of the three. This would need to be accompanied with a fair exemption from contribution payments for the needy.”