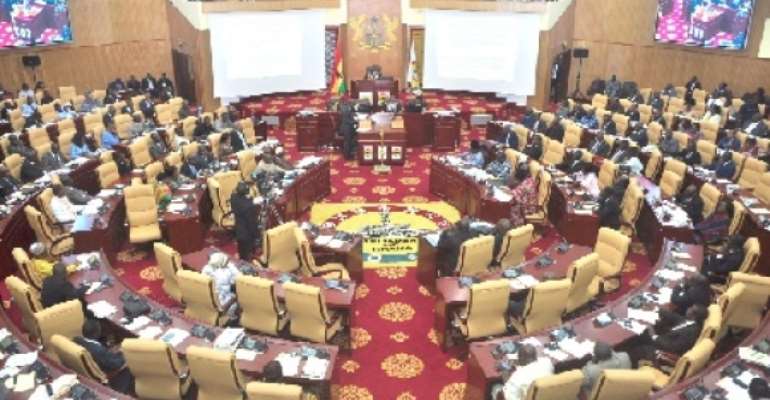 Accra, June 10, GNA - Parliament on Wednesday passionately expressed their displeasure against the Ebola vaccine trial in Hohoe in the Volta Region, and called for the immediate suspension and stoppage of the trial for further consultations before it could continue.

The Speaker, Mr Edward Korbly Doe Adjaho, directed with unanimous consent of the House, that the process should be stopped until further notice.

'That is the opinion of the House,' the Speaker emphasized, after contributions from both Sides had condemned the lack of enough consultations before the process began.

The Speaker directed further that the Minister of Health, currently said to be out of the jurisdiction, should be in the House to brief them on the Ebola vaccine trial.

The brief would be through a response to an Urgent Question or a Statement.

Members' contributions, which came after Mr Emmanuel Bedzrah, MP for Ho West had made a statement on behalf of the Volta Caucus, minced no words in lashing out at the lack of consultations before the process began.

Mr Bedzrah said: 'Mr Speaker, MPs from the Volta Region have been inundated with phone calls from panic stricken constituents who believe that this trial is aimed at spreading the dreaded Ebola disease into the Volta Region.

'Mr Speaker, one cannot blame these constituents because there was no proper sensitization and community engagement before the investigators started recruiting persons to be used for the trials. Indeed Rt Hon Speaker, we are reliably informed that students of the Hohoe Midwifery School, were made to fill out forms and promised GHc200.00 and a mobile phone each if they were to volunteer in the exercise.'

Mr Bedzrah stated further: 'Monitoring the mood of the Region in respect of this matter, we wish to call for an immediate suspension of this exercise.'

The Speaker himself informed the House he has received calls from a number of concerned Ghanaians, including persons who had occupied the highest offices of the land on the issue.

Mr Kobina Tahir Hammond, MP for Adansi Asokwa, who told the House he had wanted to make a statement on the issue, commended Mr Bedzrah, for the statement and supported the stance of Laadi Ayii Ayamba for not only a suspension of the exercise but also a stoppage.

Mr Hammond wondered why the choice of Ghana when God, through the prayers of Ghanaians saved the nation from the Ebola disease last year, which he described as cataclysmic. 'We should be very careful, it should be stopped,' Mr Hammond fired.

Mr Gershon Gbediame, MP for Nkwanta South, asked that the company carrying out the research should explain why the choice of Ghana.